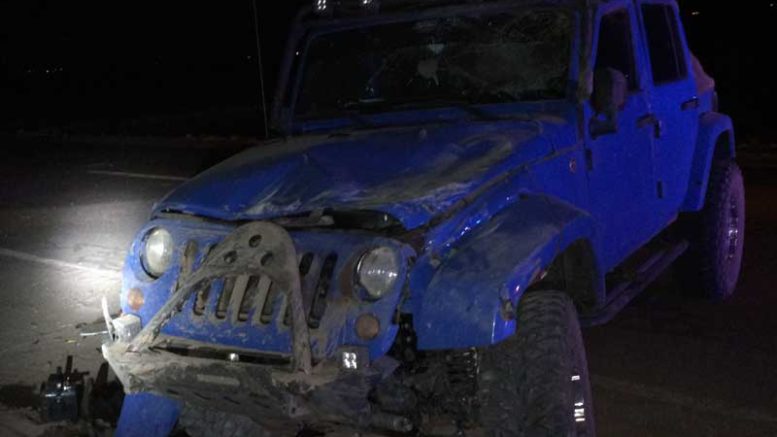 The incident occurred on Solomon Road just east of Barney Lane at about 10:10 p.m. 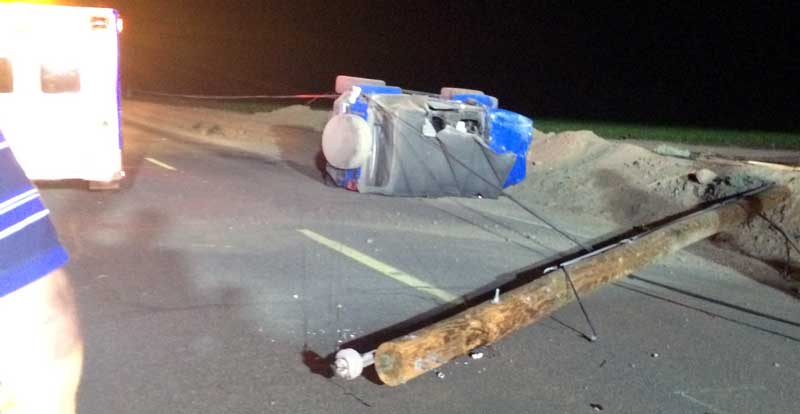 Contributed Photo/Courtesy GCSO: A passerby came upon this scene and pulled the unconscious and not breathing driver out of the Jeep.

A witness at the scene said he was westbound on Solomon Road when he suddenly saw a big flash approximately a mile away. The witness drove upon the scene and saw a blue, 2011 Jeep that had crashed through a utility pole and rolled several times. The Jeep was set on the passenger side with a woman, later identified as Tammy Michele Kendall, 47, of Safford, behind the wheel, unconscious and not breathing. 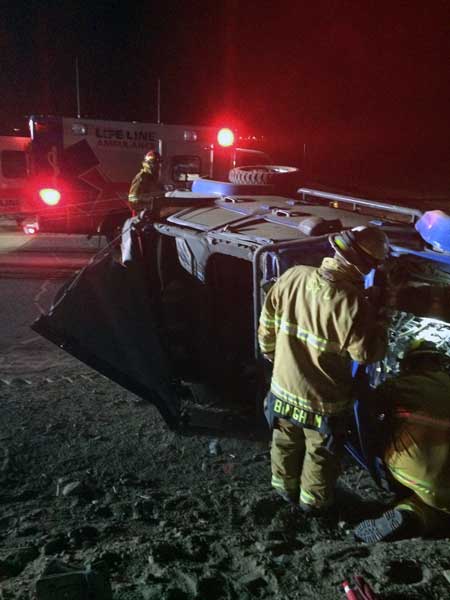 The passerby removed Kendall from the Jeep and was preparing to perform cardio pulmonary resuscitation (CPR) when Kendall started breathing on her own. Another passerby had called authorities and the witness stayed with Kendall until first responders arrived and took over her care.

Kendall told authorities that she was eastbound on Solomon Road when a she struck a person named “Doug” who then came into the Jeep and yanked the wheel, causing her to crash. Kendall is romantically linked with a man with a similar name, but she insisted it was a different “Doug.” A deputy noted that Kendall showed signs of intoxication, including having an odor of alcohol. Additionally, nobody saw any man leave the Jeep or had any signs that another man had been in the area.

Kendall allegedly said she drank three beers at the Safford Bowl at 410 E. 4th St. before leaving. The deputy reported Kendall’s story changed a few times and she was slurring her speech and pausing as if thinking about what she was going to say. 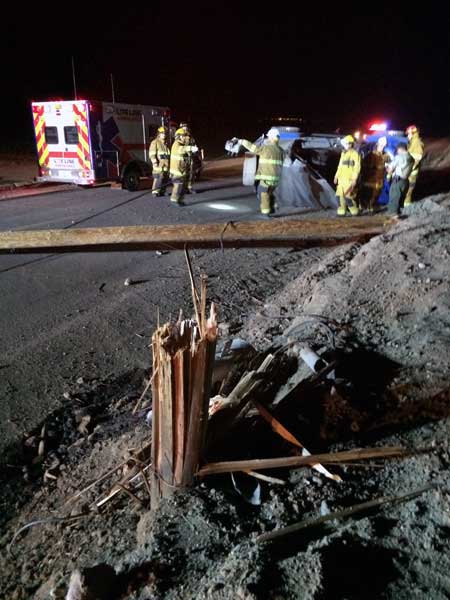 Contributed Photo/Courtesy GCSO: The utility pole was completely severed in the collision.

Inside. the vehicle deputies located a bottle of Jagermeister (a 70-proof herbal liquor) and  a 12-pack of beer.

Due to the utility pole being completely severed and power lines strung across the scene, the Safford Fire Department was also dispatched to help with the crash.

Kendall was transported to Mt. Graham Regional Medical Center by paramedics with Lifeline Ambulance, where she reiterated that a man named “Doug” had caused the crash.

After taking some of her blood for DUI-testing purposes, the hospital informed a deputy that Kendall would be flown to Banner-University Medical Center Tucson for treatment due to a possible neck injury. Kendall is facing DUI charges from the Graham County Attorney’s Office pending blood test results.

Doing their due diligence, a deputy located Kendall’s boyfriend at his residence and reported that was at his home and fine with no marks on him. The boyfriend said the last time he had seen Kendall was about 9 a.m., Monday.

Utility workers responded to the scene to replace the pole and Nuttall’s Towing removed the Jeep.