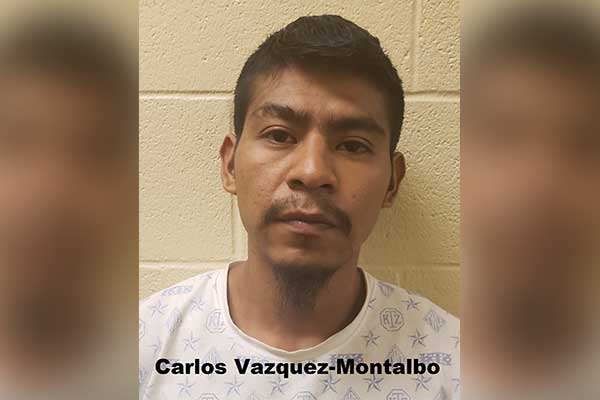 Agents learned during processing that Carlos Vazquez-Montalbo was convicted in Jefferson County, Kentucky, in 2013 for 3rd Degree Rape and sentenced to five years in prison.

Vazquez will remain in federal custody to face charges for re-entering the U.S. as an aggravated felon.