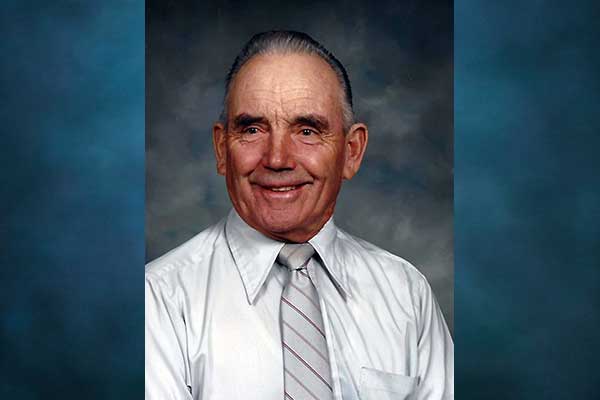 Donald Carbine Nelson, 99,  was born on May 6, 1919, to Horace Jacob Nelson and Lovica Jane Carbine in Perry, Oregon.  In his early years, he lived in Mesquite, New Mexico.

When he was about 14 years old, he moved with his mother and other siblings to Virden, New Mexico, where they homesteaded a track of land.  He graduated from Virden High School in 1937.  He worked at various jobs and attended Gila College in Thatcher, Arizona, for about a year.

Donald served a mission for the L.D.S. Church to the Northern States Mission from 1941 to 1943.

On October 20, 1944, Donald married Myrtle Jones in the Mesa Arizona Temple.  They were privileged to have five children, welcoming Diane, Jeane, Donald Grant, Dale Carbine, and Janell into their home.  They resided in Virden, most of their married life of 73 years.  Donald farmed and worked at the Duncan Cotton Gin.  He loved his farm and had real talent in knowing how to grow things.  For many years, he was the high producer in Hidalgo County in most crops.

Donald was always active in the L.D.S. Church and spent many years serving in various callings but loved the many years he spent as Ward Clerk as he had a real talent for attention to detail.  (That was exhibited in the success of his farming, as mentioned above.)

He is survived by his children: Diane Chase of Chandler, AZ, Jeane Lunt of Virden, NM, Donald Grant Nelson of Syracuse, UT, and Dale Carbine Nelson of Natomas, CA.  He was blessed with 21 grandchildren and 40 great-grandchildren.  Their baby daughter, Janell, died as an infant.