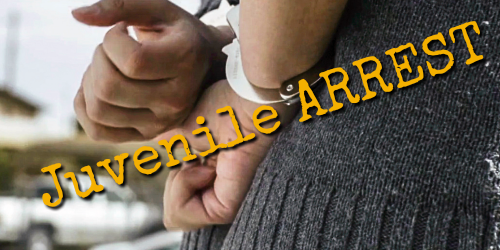 SAFFORD – A juvenile was arrested after refusing to give up her phone in a physical and verbal confrontation, and charged with domestic violence and disorderly conduct.

Officers were called to Tucson Street in Safford on Saturday in reference to a juvenile problem. Jaime Anderson called the police in regards to a juvenile who had become unruly and had punched a hole in the wall. When officers arrived at the scene, they saw a juvenile in the hallway crying. Officers asked Anderson what was going on. Anderson told officers that since school had been out, the juvenile had become troublesome and was not listening to her.

The responding officer talked with the juvenile who said that she hated living in the residence because they were mean to her and that Plantz sometimes called her names. Later, the juvenile admitted that she fought with Anderson, and was loud and yelling.

After speaking with the juvenile, the officer spoke to Anderson once again. Anderson told the responding officer that she wanted to pursue charges of disorderly conduct. The juvenile was placed under arrest and transported to the police department.