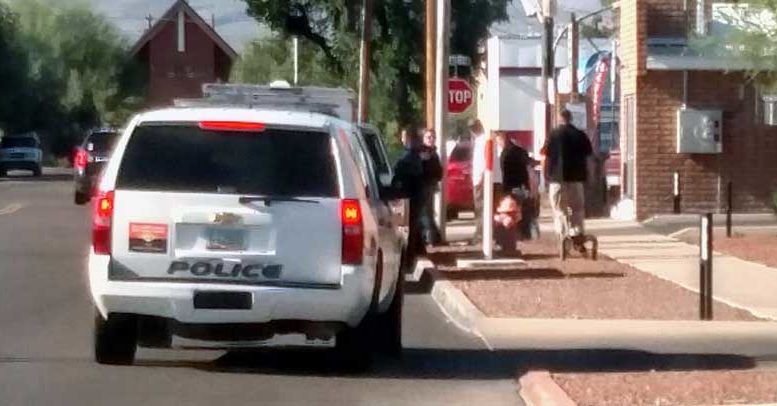 Contributed Photo/Courtesy Carlos Acuna: A despondent man is led away from the OneAZ Credit Union. The man allegedly said he felt like committing suicide in the bank after learning there was no money in his account.

Police scanner traffic alerted that a man had a gun inside the credit union, but that turned out to be false, according to Safford Police Chief Joe Brugman.

“He went there to withdraw funds and found out his account didn’t have any money,” Brugman said. “He said he was really depressed and that he may try to kill himself.”

Credit Union staff then alerted the authorities, who arrived and spoke with the man. The man then voluntarily agreed to go with representatives of ACTS for evaluation and treatment.

“He was just basically hungry and depressed,” Brugman said. “But he did not have a gun. If he did, it would have been a much bigger deal than it was.”