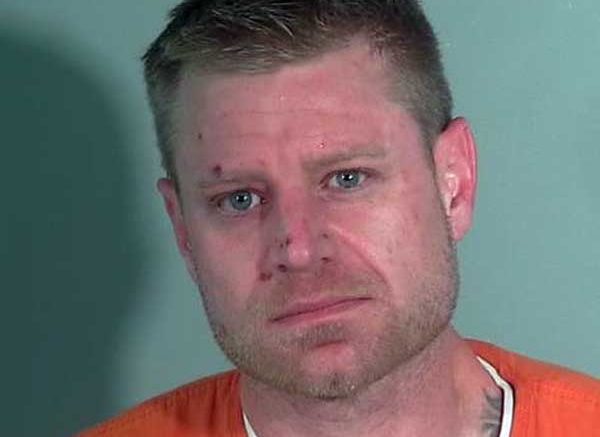 THATCHER – Just two days after Gila Valley Central ran an article on Jared Wayne Decker, 35, being wanted for organized retail theft, he was arrested in Thatcher on unrelated drug and assault charges.

On May Friday, a Thatcher officer was dispatched to a residence in the 1400 block of S. Cactus Wren Lane in Quail Ridge regarding a domestic assault. According to a Thatcher Police report, a friend of the victim reported the abuse after seeing the victim’s bloodied face and because he was concerned further abuse could happen.

The officer responded to the residence and spoke with the victim, who explained his son, Jared Decker, arrived at his house the previous day because he had been kicked out of his girlfriend’s house. The victim said Jared Decker became argumentative and ended up striking him in his face. He also added that Jared Decker was currently inside with another individual and appeared to be under the influence of some type of drug.

Officers were already on the lookout for Decker after he allegedly attempted to steal a $479 Rumba Robot Vacuum by switching its UPC barcode with that of a $1.18 Hallmark greeting card. Decker was thwarted by store security anti-theft detectors and fled the scene without the Rumba. Organized retail theft is a Class-4 felony.

The officer confronted Jared Decker with the assertion he had struck his father and Decker denied and said he was in the back room with his acquaintance the whole day. The officer pointed out what appeared to be blood on Decker’s shirt, and he claimed it was pizza sauce.

While placing Decker under arrest, the officer located two used syringes and a glass vial with a brown liquid inside. Decker initially said the liquid was insulin because he was diabetic and then said it contained Albuterol, which is used in inhalers for people with an obstructive airway disease.

Officers then located a small plastic bag with methamphetamine and a glass pipe with apparent meth residue in the area Jared Decker was found sitting. Decker was then transported to the Graham County Jail and booked on charges of assault/domestic violence, disorderly conduct/domestic violence, possession of a dangerous drug (methamphetamine) and possession of drug paraphernalia.