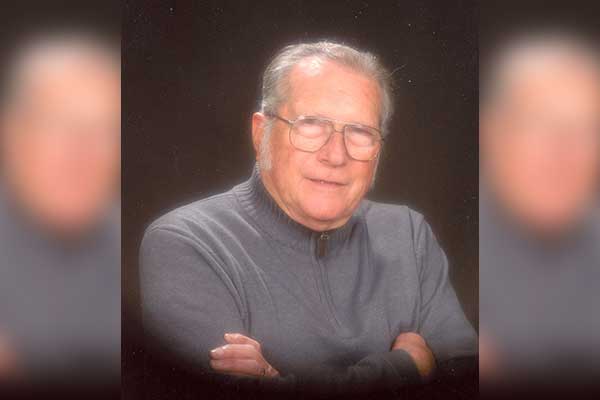 Dale Revell Luce was the only child of Margorie and Gene Luce. While only a baby, his parents moved to Los Angeles, California. They lived there until Dale was seven years old at which time, his parents divorced, and Dale’s mother relocated to Yucaipa, CA, with her son, Dale, where she supported them in the nursing profession.

While in Yucaipa, Dale attended elementary school at the Seventh Day Adventist School where he met the “love of his life.” Ruthie Elizabeth Kneedler caught Dale’s eye and their friendship was inseparable, until Ruthie’s father’s death and her family had to move, settling in Safford.

Dale continued his education in Yucaipa, CA, graduating from Redlands High School in Redlands, CA. He attended Crafton and San Bernardino Colleges for higher education opportunities. However, a job position opened at Deutsch, an aerospace and machining technologically based business in California. There he learned the skill and craftsmanship of intricate machine tooling and die making. Some examples of what Dale made are displayed in The Smithsonian Institute of Aerospace Museum. They are electrical connections on the moon exploration spaceship. Dale’s work with Deutsch spanned 36 years; February 1961 – May 1997.

During this time, Dale and Ruthie reconnected after thirty years. A brief courtship of one year occurred and they were married July 10, 1983. Dale stayed with Deutsch for fourteen years after they were married. His job was held for him from 1962 as he was called up as a reserve to serve in the United States Military until his return in 1964.

A fishing enthusiast, Dale’s second love was deep sea fishing. His most enjoyable place to fish was off the coast of Mexico. Lake fishing was not “fishing” in Dale’s definition. It was the clear blue of the deep ocean waters that captivated him and of course, the fish; albacore, yellow-fin tuna, durado, wahoo.

Keeping with his love of the ocean and deep-sea fishing, Dale and Ruthie were married on a fishing boat, “The Royal Polaris,” embracing both the loves of his life. They were highlighted in the Eastern Arizona Courier 2003 issue in an article titled, “Luces live a fishy love story,” as they were recognized for celebrating their twentieth wedding anniversary, July 10, 2003.

Travel was also one of Dale’s passions. He and Ruthie would load up their travel trailer and venture across numerous states. Learning new things about different places was most interesting to them and Dale enjoyed the different scenery and landscapes.

Dale had a deep respect for his faith in God and his Savior Jesus Christ. He lived life fully with a kindheartedness, a gentle soul and a willingness of spirit to help others. His service to God, family, country and community will have far reaching implications for a life well lived. He will be most affectionately missed.

A Celebration of Dale’s Life will be conducted Tuesday, January 8, 2019, at 10:00 a.m., at the First Southern Baptist Church of Thatcher by Pastor Dustin Willey. Military honors will be conferred by the Gila Valley Veterans Honor Guard. A luncheon will follow the service in the fellowship hall. Thank you to all who have been so kind.