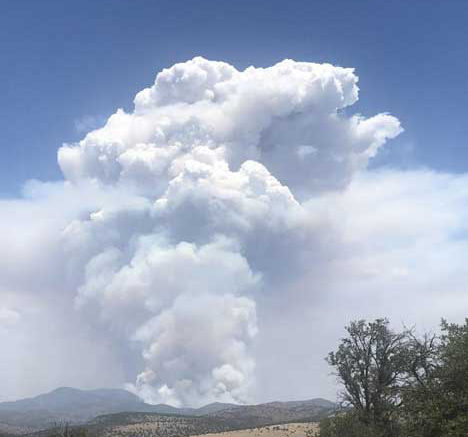 CLIFTON — The Clifton Ranger District of the Apache-Sitgreave National Forest announced that a portion of U.S. Highway 191 closed due to the Bringham fire has been reopened.

The fire, about 20 miles north of Morenci, has burned 23,142 acres and is at 40 percent containment. The warm, dry weather has hampered crews attempts to knock the fire back further.

A Type 4 team has been deployed and is using primarily aerial resources to fight the blaze.

Forest Service personnel are also keeping an eye on a small fire west of Safford, near Jackson Mountain.

The Jackson fire started July 11 and was initially at 35 acres. It has grown to 400 acres as of Monday morning and a Type-3 team has been dispatched. It’s located in a remote location with no ground access.