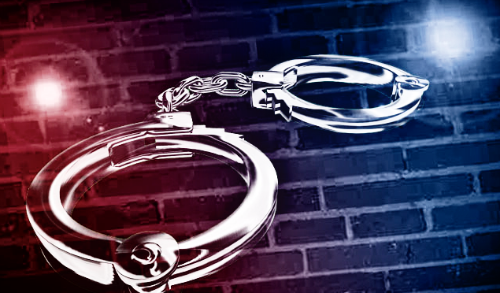 A Safford police officer was in the vicinity of 105 E US Hwy 70 on July 2nd when saw a black Nissan car pull into a store parking lot. Both occupants of the car stared suspiciously at the police officer, and he pulled up the plate number of their vehicle. The registration on the car was expired. From previous contacts, the officer knew that a woman named Monica Luna had been known to drive the vehicle. Luna had two warrants for her arrest on her record, so the officer walked toward the car.

Rito Rios Jr. was the man who drove the car, and he entered the store leaving Luna in the car. The officer approached the vehicle and asked the woman in the car if she was Luna, and she confirmed that she was. After this, the officer detained Luna in handcuffs and asked if there was anything bad in the car. Luna said that there wasn’t. The officer placed Luna under arrest for her warrants.
After this, Rito Rios Jr. returned to the car and asked what was going on. Another responding officer asked Luna if he could search the car, and Luna said that he could. Officers found drug paraphernalia including a multiple syringes. One syringe held a brown substance that later proved to be heroin.

Luna was booked into the jail, and Rios Jr. was released with charges pending.