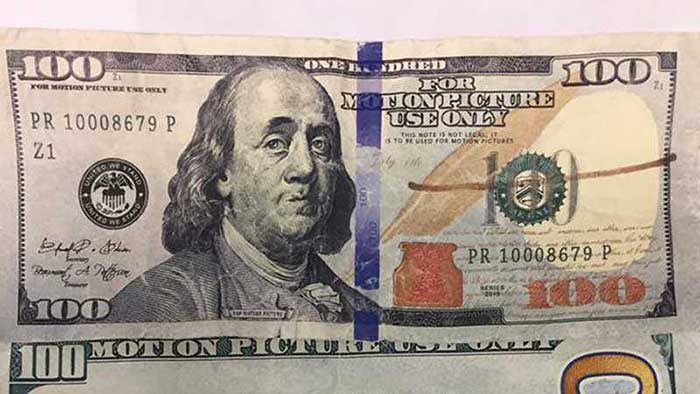 SAFFORD – Last Saturday around 4:30 pm, an officer arrived at Walmart in response to a report of fraud. When the officer arrived to speak with the Asset Protection Manager, surveillance photos of a white woman with brown long hair, wearing black glasses was shown. The woman was observed selecting a bouquet of flowers with a value of $5.31 and proceed to pay for them with a $100 bill. The cashier was apparently a new employee. The woman received $94.69 change and left the store in a silver minivan. Later the $100 bill was found to be counterfeit.

When the officer took a look at the $100 bill, it was immediately determined that it was counterfeit due to the blue ribbon. As the officer took a closer look, the bill had “for motion picture use only” printed onto the paper. The investigation is ongoing.