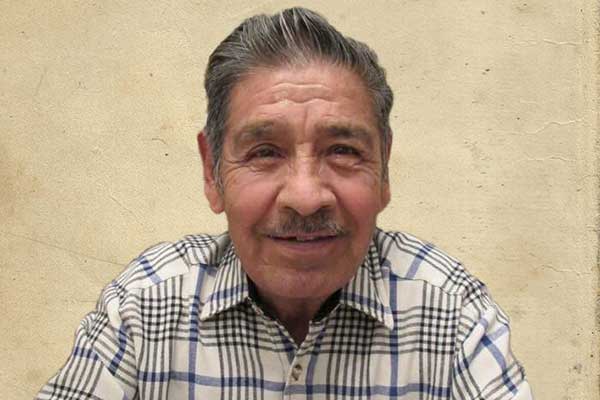 Conrad G. Chavez was born on November 26, 1929.  He entered into eternal rest on April 18, 2018, surrounded by his loving family. He was 88. Conrad was born in Tintown, Arizona, to Antonio and Antonia Garcia Chavez.

Conrad grew up with four brothers and two sisters in the small mining towns of Bisbee and Tiger Arizona. He loved to spend time with his siblings and often told the stories of their many adventures. In 1947, he entered the Army Air Corp and was stationed in Germany where he was in charge of supplies during the Berlin Airlift. Following the death of his father, Conrad returned home to care for his mother and little brother and sister.

While taking care of his siblings, he met and fell in love with his “Corazon,” Rosalia and married her in 1952. Together they had 6 children: Conrad (Dolores), Delia (Albert), Gloria (Abe), Irma (Joe), Lily (Tony) and Rich (Margaret); and later 21 grandchildren, 35 great- grandchildren, and 1 great-great-grandchild on the way.

Conrad spent many years as a miner for Phelps Dodge, a career he took much pride in and earned the nickname “Scrappy.” He raised his family in Bisbee until he was relocated from the Copper Queen Mine to the Phelps Dodge smelter in Morenci in 1978. He retired from mining in 1983, and soon after began to work in the lumber yard at Ace Hardware.

Conrad’s family relocated to Safford, where he took much joy in continued service through his many works of charity. He was the founding President of St. Vincent De Paul Society in Safford, where he spent many Sundays delivering bread throughout the town as well as assisting anyone in need. Because of this, many residents remember him as “the bread man.” All throughout Conrad’s life was spent helping others and being involved in several other volunteer organizations with St. Rose of Lima Parish such as: Messengers of Mary, Knights of Columbus 3rd and 4th degree, a Cursillista, and a member of the Coro Mensajero. He was a man of faith, and a devout Catholic.

Conrad and Rosalia loved their big family and would do anything to see them happy. They enjoyed sharing special moments filled with laughter and of course singing. His famous saying was “the main thing is don’t get excited.” He touched many hearts and will be dearly missed by everyone who knew and loved him.

Conrad was preceded in death by: his loving wife, Rosalia Palomino Chavez in 2013.

A Mass of Christian Burial for Conrad will be celebrated on Tuesday, May 1, 2018, at 9:30 a.m., at St Rose of Lima Catholic Church by Rev. Robert Rodriguez. Committal will follow in the Safford Cemetery with military honors being conferred by the Gila Valley Veterans Honor Guard along with the Davis Monthan Air Force Base Honor Detail.