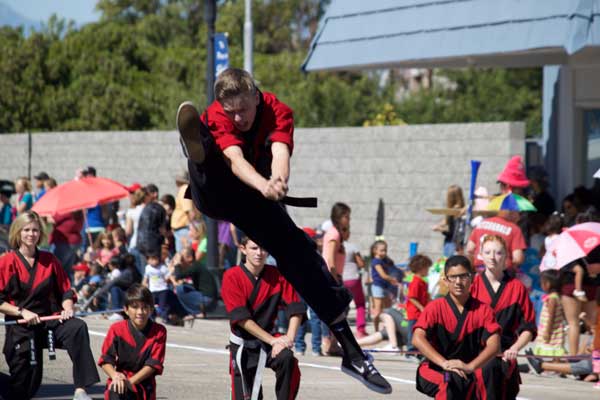 Before the epic hail storm of the century hit the area, it was all sunshine and smiles at the 90th annual Graham County Fair Parade on Friday. 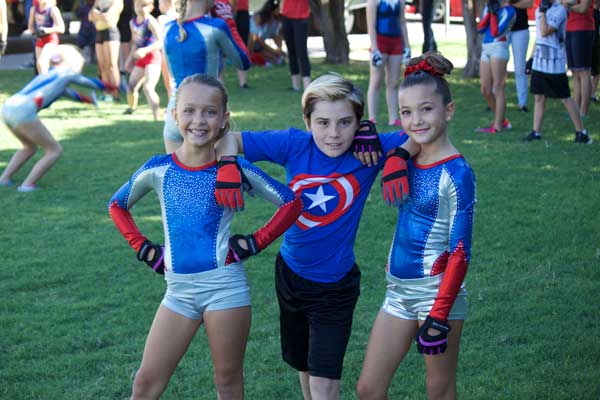 This year’s theme was “Race to Graham County Fair” and the parade featured themed floats as well as marching bands from the three high schools and Eastern Arizona College.

Grand Marshall Bill Brandau has been in the Gila Valley for 40 years. He said his first intention wasn’t to stay, but after seeing the country and its people he couldn’t leave. 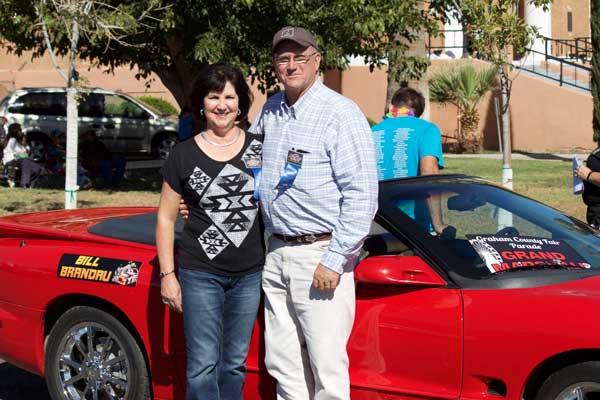 From left, Lolene and Bill Brandau before the start of the parade.

Brandau said he was humbled to be picked as the grand marshall. He has been instrumental in several projects designed to help the environment, local farmers and ranchers and conserve our most precious resource, our water.”

“I was surprised when I got the letter,” Brandau said. “I feel honored . . . I’ve always wanted to help the community every way I could, and this is an honor; it’s just a blessing.” 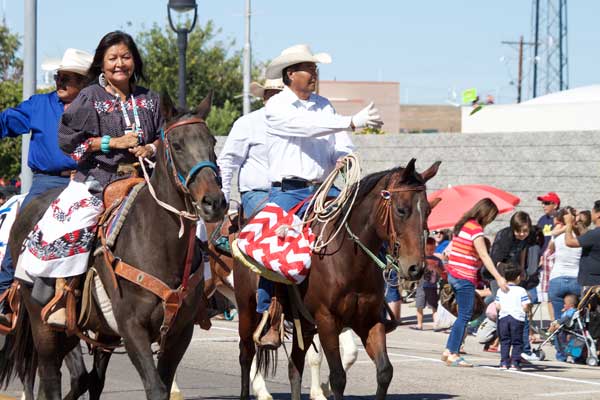 In addition to the Water Counts program and working with Eastern Arizona College and the University of Arizona Agriculture Center, Brandau has also helped Our Neighbors Pantry feed those who are less fortunate with its farm to table programs.

Zhenya Peterson watched the parade with her two young sons, Jason Hansen-Peterson and Dale Peterson. Zhenya Peterson, who is originally from Vladivostok, Russia, moved to the United States when she was 14 and attended and graduated from Lakeside Blue Ridge High School. She and her husband and children moved to the Gila Valley about 1.5 years ago when he got a job at Mt. Graham Regional Medical Center. 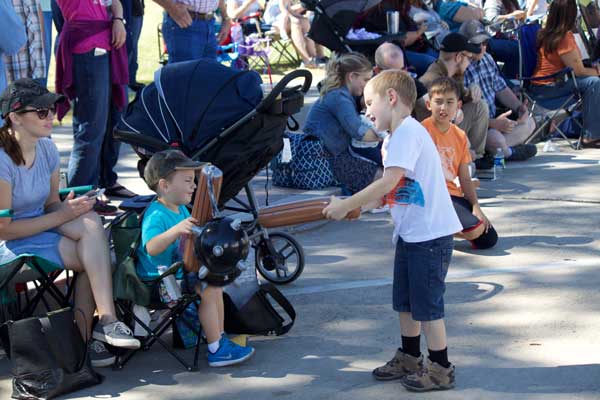 From left, Zhenya Peterson watches the parade as her sons, Dale Peterson and Jason Hansen-Peterson play.

This being October of an big election year, there were also several politically-themed parade entrants. Highlights of the political entrants were Paul David’s “David versus Goliath” entry and Jason Kouts’ aptly racer-themed entry. Pinal County Sheriff Paul Babeu was also on hand, busily shaking attendees’ hands along the parade route. Babeu is vying to win the House of Representatives seat vacated by Ann Kirkpatrick, who is running for the Senate. 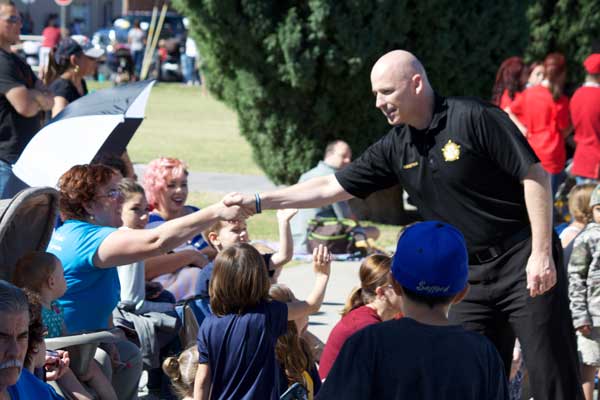