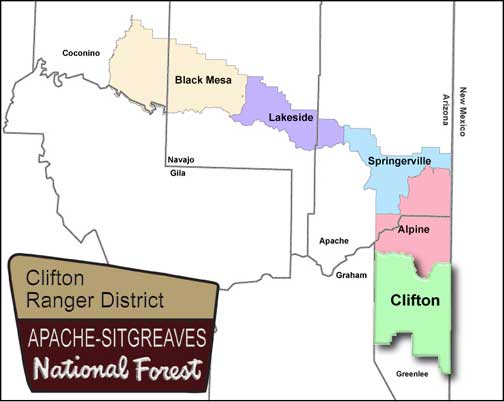 CLIFTON —Apache-Sitgreaves National Forest announced that the offices of four of its five ranger districts, including the Clifton Ranger District, will re-open to the public starting Monday, May 3.

Office hours will be 8:30 a.m. to 4 p.m. There is a four-person limit in the lobby and face coverings must be worn inside the facility. Those who do not wish to wear a face covering may call 928-687-8600 for curbside service.

The Coronado National Forest has not yet announced when the Safford Ranger District Office will be re-opened to the public.