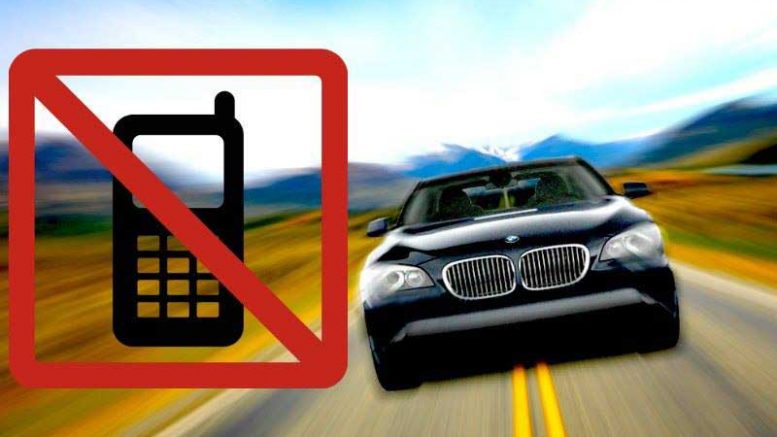 Use of hand-held devices such as cell phones will no longer be allowed in the town of Clifton.

Phone use must be hands-free only

CLIFTON – Keep both hands on the wheel. At the very least, while driving in Clifton, do not use a free hand to hold and use a cell phone. Even more importantly, do not text while driving. For motorists caught doing so, there will be a price to pay.

The Clifton Town Council passed an ordinance Thursday, April 13, banning the use of handheld phones and other devices that may distract a driver while operating a motor vehicle within town limits. The ordinance will be in effect 30 days from April 13. The penalty for violating the law may be as much as $200.

Town officials will be spreading the word over the next month about the ban. During the 30-day grace period, the town will create a public relations brochure to educate motorists about the new ordinance.

In the near feature, about two weeks from now, the Clifton Police Department will be offering assistance in to help motorists learn how to use their hands-free equipment.
Mayor Felix Callicotte said the new ordinance means that “no ifs or buts” Clifton will be a “hands-free” town. That translates into drivers not being allowed to hold a cellular phone or other electronic mobile device while operating a motor vehicle. Drivers may only make and receive phone calls using “hands-free” technology, such as Bluetooth, or systems that are integrated with the vehicle.

Also permitted are single-finger touch and swipe movements to devices that are mounted to the vehicle. The mayor emphasized that if those methods or equipment are not available, drivers should pull over to a safe location before using their hand-held devices.
A person violating the ordinance and is not involved in a motor vehicle collision is subject to a civil penalty of $50 for the first violation, $100 for the second and $200 for the third. A person who violates the ordinance and is involved in a collision is subject to a civil penalty of a minimum amount of $250.
Callicotte emphasized that the town’s primary goal is to reduce occurrences of distracted driving. He noted that statewide, 10 percent of collisions in 2015 were attributed to distracted driving. Those figures are from the Arizona Dept. of Public Safety. In 2014, 3,179 people were killed and another 431,000 injured in distracted driving crashes in the United States.

The mayor said since Arizona is one of the few states that does not have a law prohibiting distracted driving, the town of Clifton has taken steps to ensure a higher level of driver safety at the local level.

“We want our residents to engage in driving behaviors that are safe for them as well as for the other motorists and pedestrians on the road, keeping our families safe and preventing unnecessary tragedies,” he said.

Of the 50 states in America, 46 have a ban on texting while driving; Arizona does not. Some states do have preemption laws that prohibit local jurisdictions from enacting local distracted driver bans. ‘At least we’re lucky that while the state does not have a distracted driver law and doesn’t ban texting, local jurisdictions such as our town can establish and enforce an ordinance to try and deal with the problem,” Callicotte said.

He pointed to the large volume of traffic that flows through Clifton daily to signify the importance of the ordinance. According to the Arizona Department of Transportation, 6,600 vehicles pass through Clifton daily. That is largely attributable to traffic going to and coming from the giant open pit copper mine in Morenci. It is the largest operating open pit copper mine in North America. U.S.Highway 191 is the only road through Clifton, most of which is located in the narrow San Francisco River Canyon. The canyon and the highway run through the heart of town.

“That is a lot of traffic – make that a tremendous amount of traffic – for our town with a population of only about 3,500,” Callicotte said. “There are too many things that can happen in such a confined area such as we have. Distracted driving can only make the situation not only unsafe, but outright dangerous.”

“Consider the amount of traffic coming through town especially during shift change and the distraction caused by sending or responding to a text. How can anybody deny that doesn’t constitute distracted driving and create a major hazard for all motorists?”

One Clifton woman, a retired school psychologist who requested anonymity, said she was involved in two crashes, both of them occurring within a year of each other, in which the other drivers were using their cell phones. Neither occurred in Clifton.

One of the crashes occurred on the open road on U.S. 191 in an area known as “The Stretch,” located between Clifton and Safford. She said that around 8 a.m. one morning, she was driving the speed limit of 65 mph and noticed a car behind her was gaining on her. She said she did not think too much about it until the vehicle struck the Prius she was driving. The collision sent her vehicle spinning off the road and into the desert roadside.

“I was told by the tow truck driver that I was lucky I was in the Prius because it’s so heavy in the rear (where the car’s large battery is located) and it probably kept the car from rolling,” she said. “That, and I was lucky the roadside was pretty level, and I didn’t end up in a ravine.”

She said the woman in the other car claimed she was just getting off work at the Morenci copper mine and was drowsy. “I didn’t believe that for one minute,” the psychologist said. “She had her cell phone in her hand and spoke into it as if she was continuing some kind of conversation.”

She had a similar incident occur in Sierra Vista, except there was no high speed involved. She said she had stopped at an intersection when she was struck from behind, and the woman driving the other vehicle admitted she had been on her cell phone.

“Nothing happened to either of the drivers in each crash because there wasn’t much emphasis on distracted driving while using a cell phone. I’m glad to see some action is finally being taken somewhere in this state,” she said of the new Clifton ordinance. “Hopefully, it will prevent some wrecks and maybe save pedestrians or bicyclists from being hurt or killed. I’m just lucky I wasn’t seriously injured in either of the two crashes I was in.”

She added that she is having the Bluetooth service in her vehicle updated.