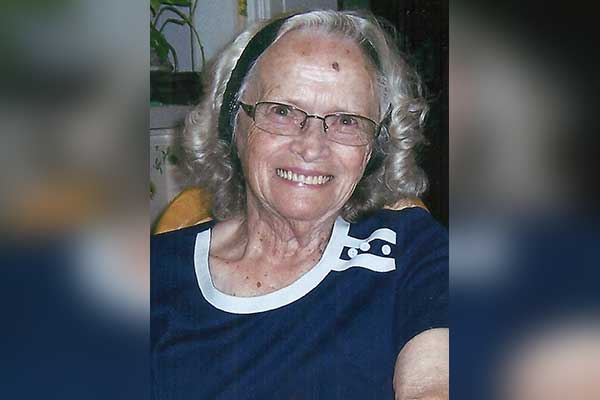 Clara Eva Teeling, 89, passed away September 16, 2019 at her home in Safford.  Clara was born to Mary Suchovska and James Joseph Hayden on November 9, 1929 in Chicago, Il.

Clara graduated from St. Willibrord High School in Chicago in 1948.  She met and fell in love with George William Teeling.  They were married on December 10, 1948 in Chicago.  To this union were added six children; George Jr., Georgene, Robert, James, Michael and Suzanne.  They moved to Arizona in 1950 and lived in Willcox for 47 years before moving to Safford.

Clara worked for many years as a Medical Receptionist in Willcox until her retirement.  She was active in Emblem Club, an auxiliary of the Benevolent and Protective Order of Elks, having served as club president twice in Willcox, and as Arizona State President of Emblem Clubs.

She loved fishing and camping with her family.  Clara was very supportive of her children as they were growing up and in their schooling.  She was also a Den Mother with Cub Scouting.  Her other main activities were with Emblem Club programs, and later traveling to visit  her adult children and their families.

Clara was preceded in death by her husband of 62 years, George Sr., and her parents Mary and James Hayden, her brother James Jr., and her sisters Mary, Margaret “Margie” and Marion.

She is survived by her children; George Jr. (Coleen), Georgene, Robert (Patricia), James, Michael and Suzanne, 15 grandchildren and 22 great-grandchildren.