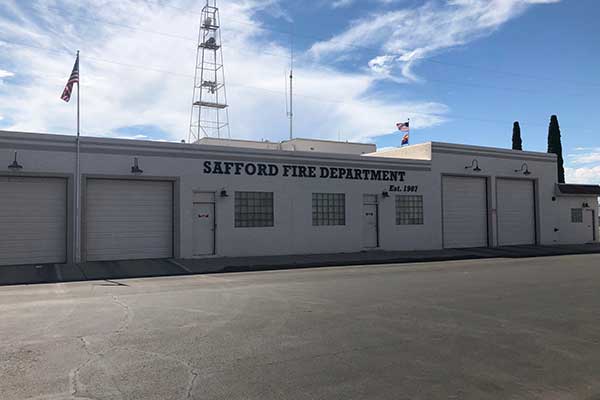 The Safford City Council recently received an anonymous letter detailing some inappropriate behavior by some members of the Safford Fire Department that, according to a press release from the Safford Mayor, Jason Kouts, “reflected poorly on the department as a whole.”

The behaviors outlined in the letter included:

According to Mayor Kouts, these behaviors are not acceptable to him or this City Council. In fact, they are in violation of City policy and expected behavior of City employees. In a preliminary investigation by the City Manager the dispatch recordings during the incident revealed that there was indeed the use of inappropriate language broadcast over the radios, and alcohol was present at the fire station during the day of July 4th.

The mayor instructed the City manager to put together an investigating team of himself, the Police Chief and the Human Resources Officer to complete a full investigation of this incident and bring back a report to the mayor and city council, including recommendations of any disciplinary action and training necessary to ensure that this behavior is not repeated in the future.

In his press release, Mayor Kouts said, “We want to assure the public that the legacy of exceptional service provided by our fire department will continue and we will repair any damage to public trust caused by this unfortunate incident.”

To the members of the BLM Forest service I also apologize for the lude and inappropriate comment harled at you during one of the two fire incidents on the 4thof July.  They can be not satisfactory explanation for the comments made by a member of our department. Simply put it was vulgar and inappropriate, for that I apologize on behalf of the Safford Fire Department. We have enjoyed many years of cooperation and calibration in the vital public service we provide to the community and your ever willingness to step in and help us in time of need has always been appreciated.  I can only hope that we can get beyond this unfortunate incident as soon as possible and we can get back to the level of cooperation, assistance and respect we have enjoyed while serving our community.

I am going to institute a mandatory training series on proper radio protocol for every member of my department as well as sensitivity training to ensure that behavior in public and private meets the level of professionalism expected of us when responding to an emergency call.

By now it is common knowledge the the City Council has ordered an investigation I encourage everyone contacted during this process to fully cooperate with the investigating team.