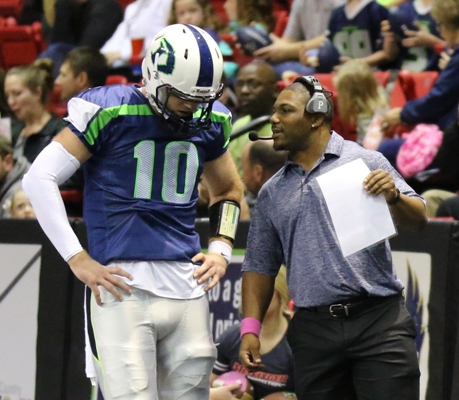 Chinn brings a strong background in indoor football as a player and a coach. He most recently was assistant head coach and wide receivers coach for the Iowa Barnstormers where he coached last year with Coleman who was the defensive coordinator. The Barnstormers are the defending Indoor Football League champions.

“I know Coach Chinn to be just the kind of coach we want for our organization,” Coleman said. “He stresses hard work and mental toughness which are going to be trademarks of our team.”

Before joining Iowa for the 2018 season, Chinn coached for six years with the Nebraska Danger, including his final year there as head coach, taking the Danger to the playoffs. He played three years in the IFL for the River City Rage and the Danger before turning to coaching.

“I can’t wait to get work with Coach Coleman to bring a championship to Tucson,” Chinn said. “We plan to play an exciting brand of football on both sides of the ball, and we know we are going to light up the Tucson Arena for our fans.”

The Tucson Sugar Skulls are in their first year of operation as an expansion franchise of the Indoor Football League. The team will begin its inaugural season in March with home games at the Tucson Arena.