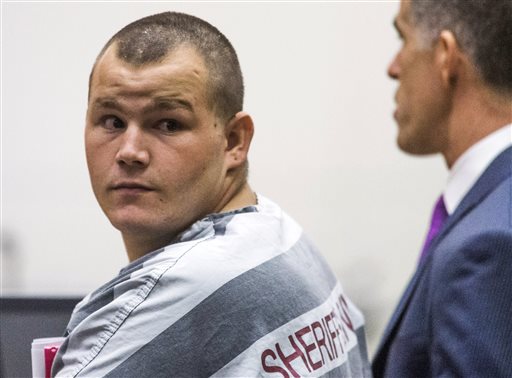 PHOENIX (AP) — The man authorities have described as the Phoenix freeway shooter who terrorized the city last year received a huge victory when prosecutors decided to dismiss all charges — for now.

Jerry Cobb, spokesman for Maricopa County Attorney Bill Montgomery, said that the office filed a motion to dismiss the charges, which include carrying out a drive-by shooting, without prejudice against Leslie Merritt Jr.

“In conjunction with (the Department of Public Safety), we have identified additional forensic investigation that needs to be completed in order for the case to proceed,” Cobb said Friday.

This action will allow them “the necessary time” to file charges again, Cobb added. He declined to comment further.

Jason Lamm, a defense attorney representing Merritt, did not immediately return messages seeking comment. On his Twitter page, Lamm said that the gag order imposed by a judge is still in place until the charges are formally dismissed.

The news comes amid questions about the evidence that the Arizona Department of Public Safety said links Merritt to the crimes.

He was released from jail Tuesday after a judge reduced his bond — once set at $1 million — to zero. He was allowed to return home under electronic monitoring.

Judge Warren Granville imposed the gag order. As a result, lawyers said they could not discuss the evidence that prompted the shift in bond. Defense attorneys have said ballistic tests cast doubt on authorities’ claims that he was behind four of the freeway shootings. The investigation into the other shootings remains open.

Although nobody was seriously injured, the shootings caused panic on Phoenix-area freeways, where 11 vehicles were hit in August and September of 2015. The head of the Department of Public Safety said the shootings were the work of a domestic terrorist, and authorities heightened patrols and surveillance in pursuit of a suspect.

Detectives took Merritt into custody Sept. 18. Gov. Doug Ducey declared, “We got him!” on Twitter five minutes after the arrest.

The governor’s office issued a statement Friday acknowledging only that the case was not over.

“This issue is working through the criminal justice system, where it remains under investigation by state and county authorities. We expect the case to be treated fairly,” said Ducey’s spokesman, Daniel Scarpinato.

In court the next day, Merritt adamantly denied shooting any cars, telling the judge, “I’m the wrong guy.”

He pleaded not guilty to drive-by shooting, aggravated assault and other charges.

His lawyers immediately began raising questions about the evidence, citing ballistics information and phone records they say provided an alibi for their client.

They also pointed to road rage shootings that happened on Phoenix-area freeways after Merritt was arrested, saying the cases were proof that the culprit was still out there.