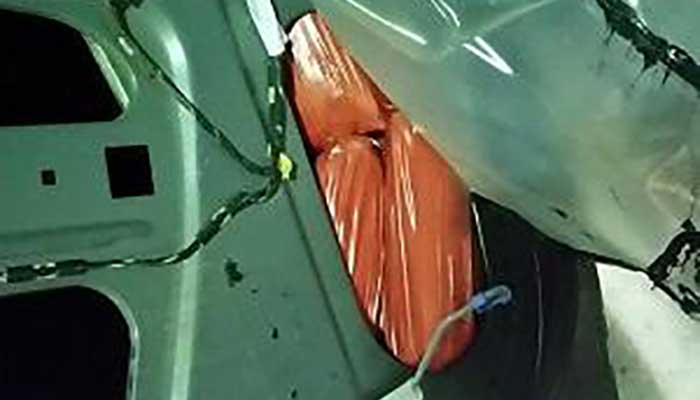 TUCSON, Ariz. –U.S. Customs and Border Protection officers at Arizona’s Port of Nogales arrested three women involved in connections with failed attempts to smuggle fentanyl, heroin, methamphetamine, and cocaine into the United States over the past several days.

Sunday, CBP officers at the Mariposa Crossing referred a 21-year-old woman for further inspection of her Dodge SUV. A search led to the discovery of nearly 19 pounds of heroin, worth more than $322,000 and 31 pounds of methamphetamine with a value of over $92,000.

CBP officers referred a 42-year-old Mexican woman for further inspection of her Chevy SUV on Saturday morning.  The officers found packages of heroin totaling 45 pounds with a value of nearly $800,000, more than two pounds of fentanyl worth $30,000, and more than one pound of cocaine valued at nearly $15,000, hidden inside the spare tire.

Officers at the DeConcini crossing encountered a 21-year-old woman this past Thursday evening and referred her for further inspection of her VW sedan.  The officers discovered packages of nearly five pounds of heroin valued at more than $86,000, nearly two pounds of fentanyl value at $24,000, and nearly 21 pounds methamphetamine valued at more than $62,000, concealed throughout the vehicle.

Officers seized the drugs as well as the vehicles. The three women were arrested and then turned over to U.S. Immigration and Customs Enforcement’s Homeland Security Investigations.