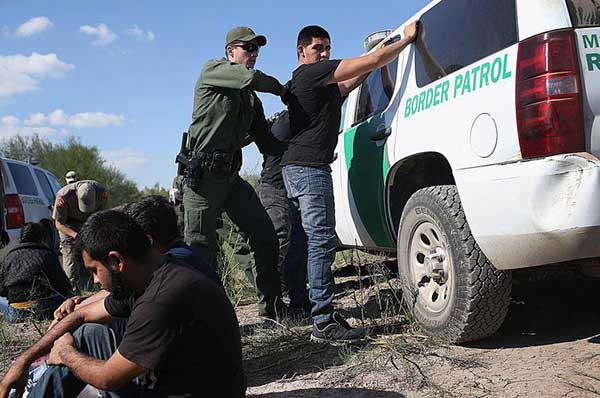 EL PASO, TX — On Wednesday morning, U.S. Customs and Border Protection Commissioner Kevin K. McAleenan hosted a press conference in El Paso, Texas to discuss the impact of the dramatic increase in illegal crossings that continue to occur along the Southwest border.

“CBP is facing an unprecedented humanitarian and border security crisis all along our Southwest Border,” said McAleenan. “And nowhere has that crisis manifested more acutely than here in El Paso Sector. Here in El Paso, we have almost 3,500 migrants in custody this morning, in facilities designed for many fewer. We had over 1,000 apprehensions on Monday. The vast majority are families from Central America.”

CBP is on pace to record more than 100,000 apprehensions for the month of March. It would be the highest monthly total in a decade.

The increase is having a detrimental impact on CBP’s primary border security mission. With up to 40 percent or more of CBP personnel working to care for, transport, and process vulnerable families and children, CBP’s security posture on the border is negatively impacted. The same transnational criminal organizations and smugglers that exploit and profit from migrants benefit from that reduced border enforcement presence. Smugglers and criminal organizations are using large groups of families as diversions.

CBP is taking more than 60 migrants to the hospital each day and has dedicated almost 100,000 hours of officer and agent time to medical transport and hospital watch. The agency continues to see unprecedented numbers of migrants with severe medical conditions. The expanded medical checks and CBP personnel’s concerted efforts are saving lives, but at a high cost to the enforcement mission.

CBP is taking a number of steps to address this crisis. According to the commissioner, CBP will use additional funding provided in fiscal year 2019 to extend medical contracting to key sectors; augment law enforcement assets with contract support for migrant care and food services; enhance transportation; and establish new processing facilities, including a planned center in the El Paso area.

Up to 750 CBP Officers (CBPO) from ports of entry along the Southwest border will soon be supporting Border Patrol with care and custody of migrants. CBPOs will assist with processing, transportation, and hospital watch. This shifting of resources and personnel will have a detrimental impact at all Southwest border ports of entry. CBP will have to close lanes, resulting in increased wait times for commercial shipments and travelers.

CBP will continue to do everything possible to manage this crisis and protect the most vulnerable in this process. The men and women of CBP are serving with honor and vigilance, despite stark challenges.