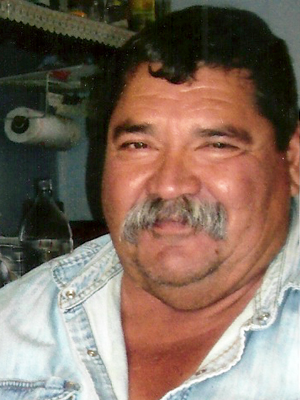 Longtime resident of Duncan, Carlos Bencomo, passed away at Kindred Hospital in Phoenix on May 19, 2016.

He graduated from Duncan High School in 1963.  Immediately afterwards he joined the Air Force and worked as an Air Policeman.  One of his duties was guarding the B-52’s in Vietnam which carried the fallen soldiers back to the states.

Following his tour of duty, he returned to Duncan where he married the love of his life, Erlinda Renteria also from Duncan, on September 3, 1966.  Carlos enjoyed spending time with his children and his 13 grandchildren.  He loved taking them camping, and teaching them how to be good huntsmen, horsemen, and hard workers.

He was preceded in death by his mother, Petra Zepeda, brothers; Pete, Manuel and Danny Bencomo, and son, Carlitos.

He will be greatly missed by his family and friends who affectionately called him “Papo”.

Services are under the direction of McDougal’s Caldwell Funeral Chapel and Gila Valley Crematory.  Online condolences may be extended at www.caldwellfuneralchapel.com.