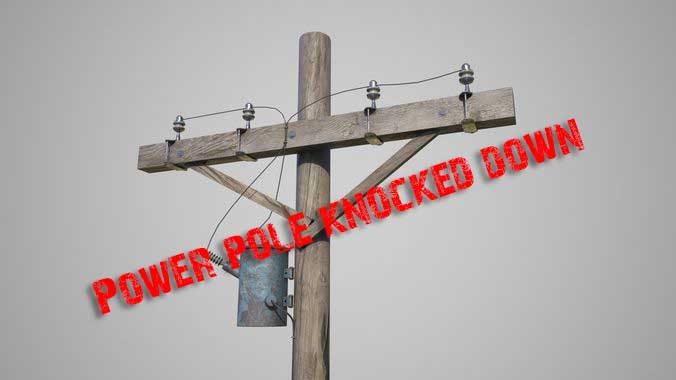 SAFFORD – A single car accident on Central Avenue near the canal crossing took out a power pole and a transformer that cut power to hundreds of homes in the area for approximately seven hours.

Police arrived to the area soon after the accident, which occurred at about 1:10 a.m. on Saturday. According to the police report a telephone pole was broken in half and wires were in the street. There was debris leading from the intersection of Central and 9th Street to the car, which ended up in the parking lot of a warehouse about 50 yards away.

The driver, identified as Victor Gomez, was still sitting in the driver’s seat and a passenger was outside the car. The driver said that he thought he had passed out due to dehydration. He told authorities that he did not know what happened but he remembered looking down at his speedometer and seeing that he was going about 60 mile per hour. The posted speed for the residential street is 25 miles per hour. When asked if he had taken any illegal drugs, Gomez said that he may have eaten some pot brownies after work. He said that a friend gave him one and said it had marijuana in it. Gomez was transported to the hospital for treatment.