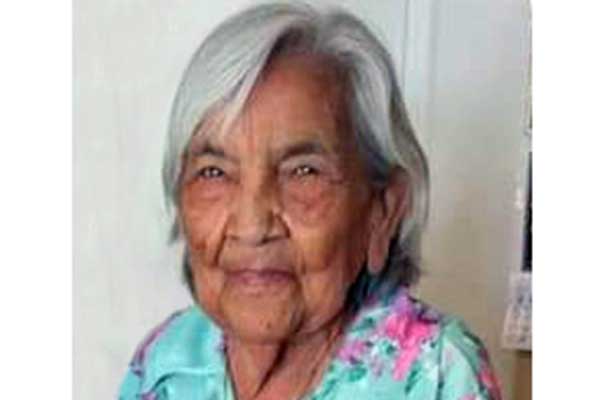 Lala was a member of St. Mary’s Catholic Church and was a woman of faith who loved her family including numerous grandchildren and great-grandchildren.  She also enjoyed going to the casino, playing Bingo and painting religious pictures.

She is survived by her children; Eddie (Kathryn), Lito, Bert (Odelia), Simon, Joe (Gloria) and Mary (Gerardo), and numerous grand and great-grandchildren.

Lala is preceded in death by her husband Pedro, daughters Pimi Bejarano and Josie Solis and daughter-in-law Lupe Bejarano and her parents Bruno and Alcaria Ruiz.

A viewing will be held on Thursday, April 5, 2018 at 9:00 a.m. followed by the recitation of the Rosary at 10:00 a.m. with the Mass of Christian Burial at 11:00 a.m. at St. Mary’s Mission in Duncan with Father Mma as celebrant.  Interment will be in the Virden Catholic Cemetery following services.

Arrangements are under the direction of McDougal’s Caldwell Funeral Chapel & Gila Valle Crematory.  Online condolences may be extended at www.caldwellfuneralchapel.com.