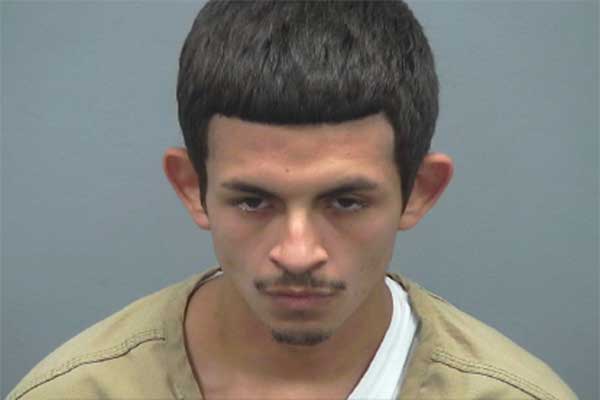 On July 19, 2018 at approximately 3:29 AM Graham County Communications received a call from a female who reported a male in his late teens/early 20’s, slim build, approximately 5’ 7 wearing a gray t-shirt and dark shorts had just left her apartment. She had woken up to find the male inside her apartment and did not know him. The incident occurred at 3333 W. 8th Street, 8th Street Apartments, Thatcher.

The victim was able to describe the missing items to law enforcement, to include a new TV. A deputy checking the area found the TV outside in the southwest area of the complex (it appeared the suspect might have entered the apartment, removed the TV and returned for more items.) The suspect was not located at that time.

Later that morning a second burglary in the same complex was discovered. The victim’s apartment and vehicle had been burglarized, items being taken from both. The victim had been asleep in his apartment at the time of the burglaries.

On July 19, 2018 Safford Police and Graham County Investigators received information on a possible suspect in these burglaries. Based on the investigation a search warrant was granted for a residence just south of the apartment complex in the 3300 block of Westridge Drive. Upon executing the search warrant, evidence – which included some of the stolen property – was recovered.

Graham County Investigator’s identified Catarino Palacio (age 18 of Safford) as a suspect. On July 20, 2018 Safford Police located Palacio and arrested him. Palacio was later booked on Burglary and Theft charges.