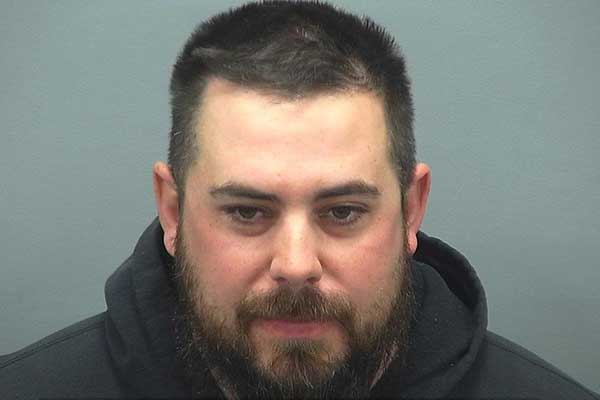 SAFFORD – On Monday, Dec. 18th, authorities were notified by a local hotel that one of their guests had reported that he heard a loud noise from the room next door in the middle of the night around 11:30 pm, and something came through his wall. It was reported the man went to the adjacent room, but when he knocked on the door, he received no response. The next morning, the man notified the front desk and they contacted the local police.

When the officer looked at the damage to the room, a small hole coming from the room next door was seen to have entered through the man’s room, going through the shower and lodging near the roof in the shower. The officer knocked on the room next door but no one responded. After another officer arrived, and they announced who they were, a man identified as Seth Knight answered the door. Knight appeared disoriented but he was asked what had happened. Knight stated he was unsure.

The officers had been informed there was possibly a female in the room and asked to check and make sure she was alright due to a gun shot coming from the room. After contacting the woman, the officer noticed marks on the bathroom door jam consistent with a bullet making contact and continuing through the closet wall heading into the room next door. The woman reportedly told authorities that when she and Knight entered their room the night before, Knight was very intoxicated.

Knight apparently had a revolver on his belt in a holster and had gone to use the restroom. When he undid his belt the gun fell and discharged. When asked why they didn’t call police or check to see if anyone had been injured, the woman said they were scared. The firearm was a Frontier .357 magnum single action revolver. There was also a S&W MP 40 cal pistol in a holster and a S&W MP15 rifle in a case in the room. Authorities took possession of the guns for safekeeping.

After authorities learned Knight had a warrant for his arrest from a 2007 DUI case, Knight was placed under arrest for the warrant. Knight may also be charged with unlawful discharge of a firearm and criminal damage.

Knight was transported and booked in the county jail. The guns were taken to the police department and secured in evidence.