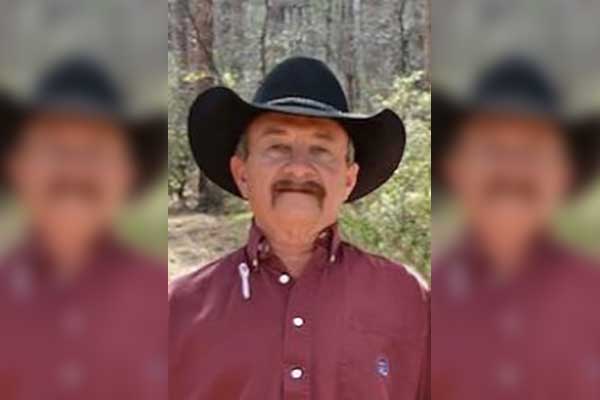 Tom Edward Crawford or “Buff” as he is known by all, age 66 and a resident of Duncan, passed away Thursday, March 28, 2019, at Hospice of The Valley in Surprise, Arizona.

Buff was born February 14, 1953. He was the oldest of three children born to Johnny and Peggy Davis Crawford. Buff was born on his dads’ birthday in Deming, NM, where his parents lived on the Crawford family ranch south of town. Buff spent his young childhood on the Inmon ranch also south of Deming. He attended the Sunshine School until the family moved into town where he attended Deming Jr. High School.

The family moved to the Duncan area in 1966, where he attended Duncan Schools, graduating in 1971. Moving to Duncan gave Buff the great opportunity to get very close to his grandfather, Trav Davis, working on the family ranch in York. He spent his time learning and cultivating his love for the ranch life.

In 1973 Buff married JaNeil Johnson, they had two sons, Si and Monty. Buff worked on many ranches throughout Arizona and New Mexico when his boys were young. Buff was a cowboy through and through. He and JaNeil divorced in 1989.

In 1987 Buff went to work for Phelps Dodge, where he participated in the apprenticeship program to become an electrician, retiring in 2018. Buff was a talented horseman, spending many hours horseback, training, ropin’ and ranching throughout his life. He has helped many people learn to ride and rope, as well as helping put on many Jr. rodeos, ropin’, gymkhanas, also providing cattle for many of the ropin’ in the community.

Buff enjoyed spending time with his grandkids, especially in the arena whether it was ropin’ with his 2 favorite partners, Skeeter and Stirrup, or helping them behind the chute when they rode bucking horses. He also was a big supporter when his kids, grandkids, nieces or nephews were doing any sports or showing animals, he was there as much as he could be. He loved being a grandpa and great-grandpa.

Buff was preceded in death by: his parents, Johnny and Peggy Crawford; his sister, Jonnie Faye McIntyre; and brother-in-law, Larry McIntyre.

A Celebration of Buffs Life and dinner will be conducted Saturday, June 22, 2019, at 3:00 p.m., in the Greenlee County Fairgrounds exhibit building, followed by a memorial ropin’.