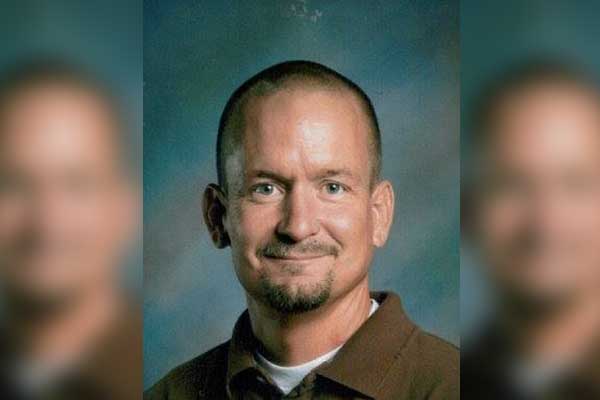 Brad Hemphill was born and raised in Safford. He graduated from Safford High School in 1987. After obtaining his associate degree from EAC in 1990, he attended Western New Mexico University, graduating in 1992 with a Bachelor degree in Elementary Education. After teaching in San Carlos for a couple of years, Brad got his secondary education certificate and started teaching in Pima in 1994.

Brad and his wife, Amy, celebrated their 30th wedding anniversary this year. They are the parents of three adult children.

Brad has been a school teacher for 28 years. He is a second-generation teacher. His father, Charles, also taught English. Brad taught in Pima for close to 20 years, where he coached girl’s basketball and baseball and helped with football.

Brad has taught in Willcox for the past eight years. For several years Brad’s father also taught in Willcox and they carpooled together. Brad says that it was a blast teaching with his dad. “We taught two years together,” he says, “then he (Charles) got sick at the beginning of the third year and passed away in October of 2015. The chance to carpool with him and teach together for a couple of years was a highlight for me.”

Brad says that he’s always had an interest in politics. He interviewed for a vacancy on the city council a number of years ago that ultimately went to Jacque Attaway. “That was right in the middle of coaching three sports and I might have even been athletic director at the time at Pima, so it probably wasn’t the right time then,” Brad says.

“Since coming to Willcox,” he says, “I stopped coaching and I miss the community involvement that that provided. I’m kind of enjoying the break from coaching but with a couple of years until I can retire the timing is right to get involved with the city council.” The break from interscholastic responsibilities has allowed Brad the time to serve on the advisory board of the Safford City – Graham County Library.

One issue Brad is keenly interested in is the downtown renovation. He has only positive comments on the efforts that have been made to preserve the heritage of the downtown Safford area. “I think the Safford Downtown Association and the city have done a fantastic job,” he says.

The current pandemic has brought economic trouble for businesses and individuals. Continued economic recovery is now a priority. Brad believes that substance abuse and water rights will continue to be top issues for the city.

Brad is in favor of the direction the city has taken with substance abuse prevention and addiction recovery. “Those are areas that are also important to me,” he says. “As somebody that’s trying to run for council there’s always that possibility that you’ve got an agenda or that you’re not happy with the way things are going. But that’s not the case with me. I’m actually extremely impressed with the people that have been serving. I’m appreciative of what they’ve been able to do and I think the city is going in the right direction. I think we’re doing the right things in a lot of areas. For me it’s more of wanting to take part in that and provide some service and a different perspective.”

Brad credits his sense of civic duty to his parent’s, particularly his father, Charles. Charles Hemphill used to help run the MDA telethons and Labor Day festivities like the bowl-a-thon and the all-night entertainment at the Pioneer to raise money for Muscular Dystrophy. “As a kid, it was almost a magical experience to tag along with my dad to those events,” he says.

Brad says he does not have an agenda. “I’m just somebody hoping to add my energy and perspective to the process,” he says.

In 2018 Brad was the only challenger to three incumbents seeking reelection. “I learned a lot from the process and did quite well in the election,” says Brad. “There is an open seat this cycle and I am in the best position now to make an immediate impact on behalf of Safford residents.”

Paid for by Brad Hemphill