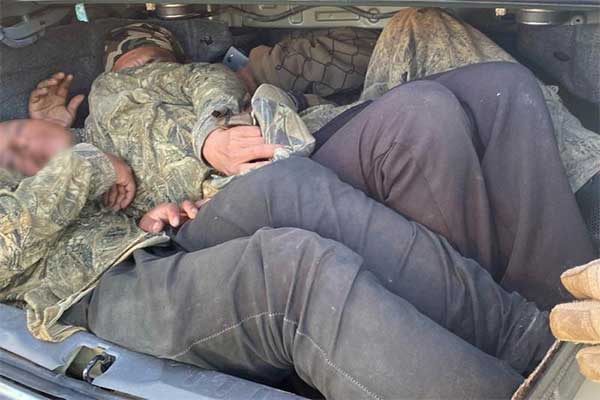 During an immigration stop around 8 a.m., Tucson Sector agents discovered four Guatemalans, and one Mexican national, hiding in a Nissan Altima.

All five men were illegally present in the United States. Four were packed into the vehicle’s trunk while the fifth lying on the floor of the vehicle’s back seat.

The dangerous tactic of smuggling humans in a trunk is an ongoing trend. It demonstrates the lack of value smuggling organizations place on the lives of illegal aliens.

Agents seized the vehicle and arrested the driver, a U.S. citizen who is being held in custody on federal human smuggling charges. The five illegal aliens will be processed for immigration violations.

U.S. Border Patrol officials warn that placing humans in a vehicle’s trunk or bed can be extremely dangerous. The risks, including carbon monoxide poisoning and serious injury or death in the event of a vehicle collision, increase when people are hidden in compartments to avoid detection by law enforcement officials.