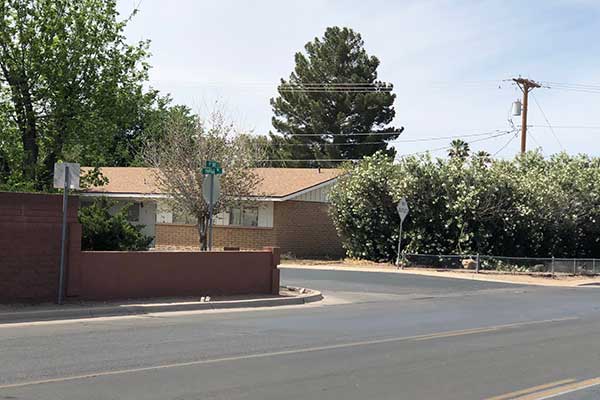 SAFFORD –  On April 24th, during the morning when children are headed to school, a child on a bicycle was struck by a car while crossing the road. Safford police officers and Lifeline Ambulance were called to the area of 8th Avenue and Fargo Drive. According to the police report, the vehicle was about 10 feet into the intersection with a bicycle underneath it and a child on the ground in front of the vehicle with people gathered around. The bicyclist seemed to have minor scrape injuries but was taken by Lifeline Ambulance to the Mount Graham Regional Medical Center for further evaluation. The driver of the vehicle did not report any injuries and the vehicle was not damaged, however, the bicycle received significant damage.

The officer spoke with witnesses to the accident. With the coordinating statements, the officer concluded that the driver of the vehicle stopped at the stop sign on Fargo Drive at 8th Avenue. The bicyclist was traveling north on the west side of the roadway (wrong side of the road). The bicyclist continued down 8th Avenue into the intersection of Fargo Drive without stopping. The driver of the vehicle looked to the left and thought it was clear to make a right hand turn. The vehicle proceeded to make a turn and collided with the bicyclist.