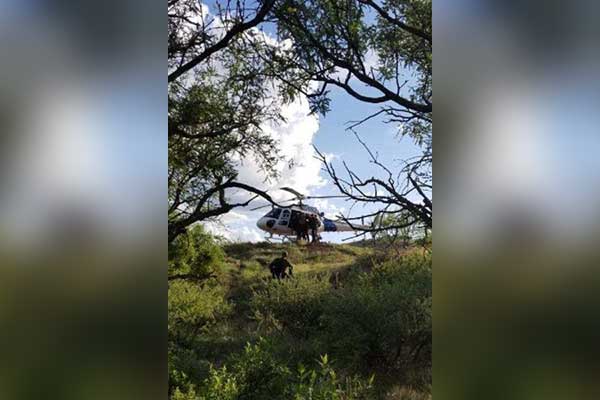 Border Patrol agents encountered an unconscious female on Sunday afternoon as they tracked the footprints of a group of suspected illegal aliens in a particularly rugged area near Arivaca. A Border Patrol EMT closely monitored the young woman’s condition while agents moved her to a spot where she could be airlifted from the Tumacacori Mountains.

The woman was transported via helicopter to a local hospital for treatment and has since been released. She is being processed for immigration violations.

This past weekend Tucson Sector Border Patrol agents rescued an additional 11 persons after they called 911 asking for assistance.