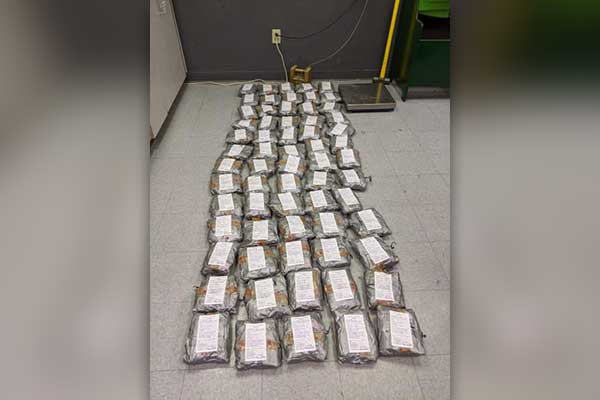 Shortly after 8:30 p.m., agents responded to a smuggling attempt inside of a large drainage tunnel underneath the streets of Nogales.

Agents discovered two men floating packages of suspected narcotics from south to north through a slotted barrier in the tunnel. The 70 packages were tied to one another with rope, so they would not free float down the drainage system.

Two Mexican nationals, both adult men, were arrested after they were seen retrieving the packages of and stuffing them into duffel bags.

Transnational criminal organizations exploiting subterranean tunnels continue to be a trend in the Nogales area. Both men will face narcotics smuggling charges as well as immigration-related violations.