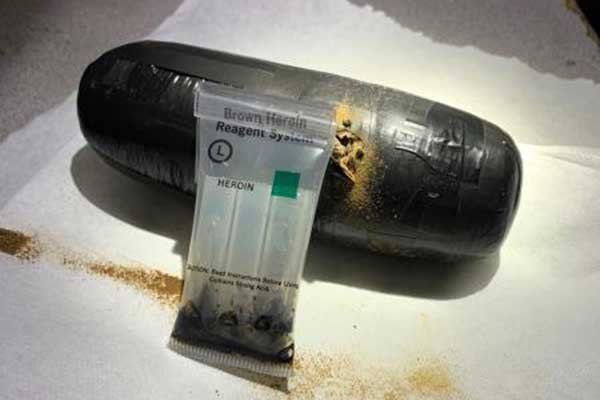 On Tuesday, at approximately 5:40 p.m., a Border Patrol canine at the checkpoint alerted to a Volkswagen Jetta with two occupants. During secondary inspection, the passenger, a 20-year-old female from Mexico, was found to be concealing a bundle of heroin in her groin, weighing approximately 295 grams.

The woman, legally present in the United States, was arrested and faces prosecution for narcotics smuggling.