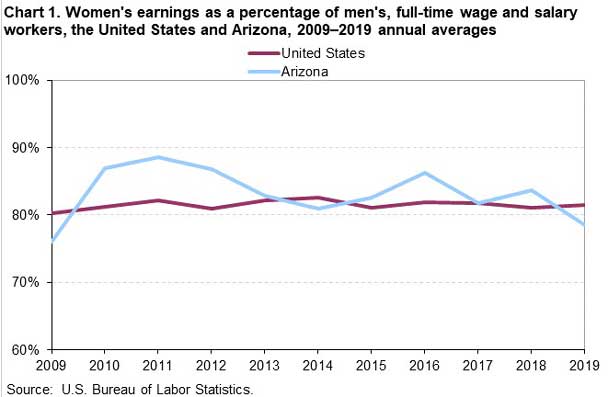 PHOENIX — Women in Arizona earn slightly less than 79 percent than their male counterparts in the same field.

That’s according to data released Thursday by the U.S. Department of Labor’s Bureau of Labor Statistics.

In the Western Region, California had the best showing with women earning 89 percent what men earned, while Idaho had the worst at 74 percent.