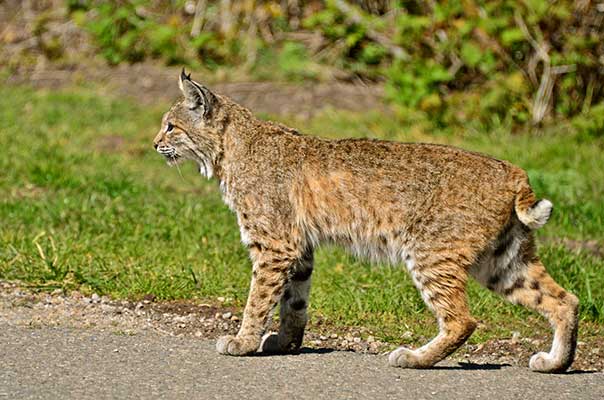 A Bisbee man was sent to the hospital after being attacked by a bobcat, Sunday morning.

The man was walking his dog near the intersection of West Della Street and South Barnett Road at around 7:15am, when he saw a bobcat in the brush, according to the Cochise County Sheriff’s Office.

The bobcat ran toward the man and his dog, at which point the man let go of his dog’s leash and shouted for his pet to go home. Rather than chase the dog, the bobcat attacked the man, tearing into his left arm.

The man’s wife went to find her husband after the dog returned home without him.

The bobcat kept up its attack until the man’s wife approached in her car and honked her horn.

The man was taken to Copper Queen Community Hospital where he was treated for “significant damage” to his left forearm and bicep.

Sheriff’s deputies were able to locate the bobcat and euthanize the animal about 12-hours later.