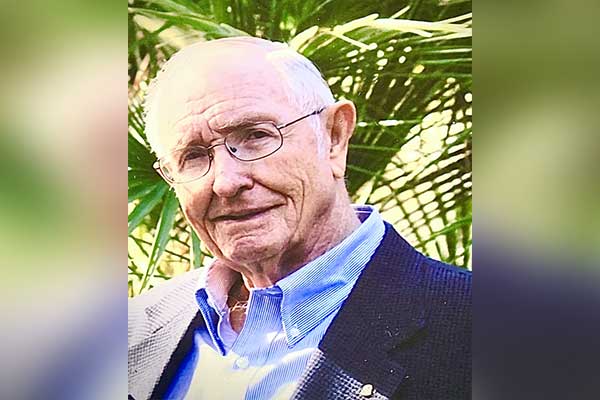 William Ernest Lewis, known to everyone as “Bill Lewis,” passed away peacefully in his home on April 19, 2021 at the age of 86.  Bill was a beloved husband, father, grandfather, brother and uncle.

Bill was born on April 14, 1935 in Safford, Arizona to Byron and Esther Lewis.  Bill met the love of his life, Gwen, when she was in the 6th grade, and after many proposals, they became engaged while both were attending The University of Arizona. Bill and Gwen married on April 19, 1958 and raised three children.

Bill was a driving force behind the Gila Valley Historical Preservation Committee which merged into the Safford Downtown Association, whose projects include the restoration of the Safford Theatre. For 58 years, he served with a servant’s heart with the Safford Lion’s Club and helped to establish the Melvin Jones Memorial in Fort Thomas for Lions International. He received his 50-year pen from Safford Lodge #16, Free and Accepted Masons of Arizona, and was a member of the affiliated organizations, Helios York Rite of Arizona and Shriners International. Bill was a leader in Toastmasters and achieved recognition at State and District levels. He served as Senior Warden, Lay Minister, and was a member of the Vestry Board for All Saints Episcopal Church. Bill’s day job, until a few months ago, was selling insurance and annuities. Before “Lewis Investments,” Bill was the owner of Gila Valley Laundry and Dry Cleaners which provided services throughout southeastern Arizona.

Bill never met a stranger. He genuinely enjoyed talking with everyone and anyone.  He had a true interest in hearing about what was going on in that person’s life. Despite his many life accomplishments, he placed significant value on service and helping others and his pride and joy was his family.
Survivors include his beloved wife of 63 years, Gwen, daughter Tami (daughter Abigail, stepchildren Bridgette and Josh), son Todd (wife Aimee, sons Weston and Walker, daughter Lauryn, and stepsons Derek and Christian), and daughter Tanya (husband Will, sons Lucas and Ian).  He is also survived by his sister Pat (husband Larry) and brother Jim Douglas (wife Jane).

Due to COVID, private family services for the Celebration of Bill’s Life will be held at All Saints Episcopal Church. In lieu of flowers, please send donations in his name for the Safford Theatre Project to the Safford Downtown Association, 2001 W. 18th Street, Safford Arizona 85546. You may also call Danny Smith at 928-651-6506 for coordination of any donation.