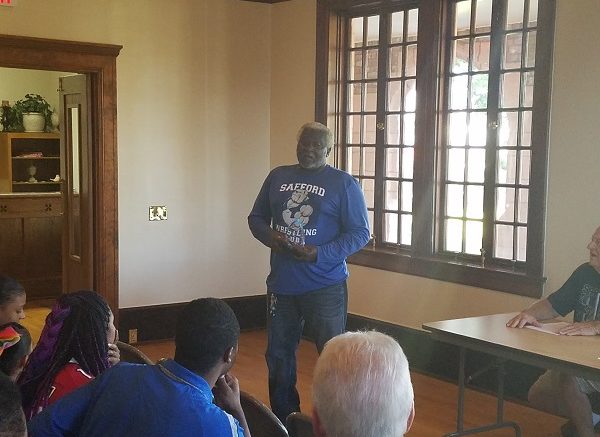 Anyone that has been associated with Gila Valley athletics for the last 46 years has heard of or knows BB Andrews. He excelled in 3 sports in high school before playing at EAC and then Grand Canyon. He held the single game basketball scoring for many years at Safford before Matt Barney broke it.

Andrews thanked the standing room only crowd who showed up at the Annex Building to honor him. He told a story of how 4 Safford educators put their jobs on the line to vouch for him as he was applying for the job. “I have been trying for 46 to make them proud and thank them for what they did,” said Andrews.

I think he’s done a fine job of making them proud.