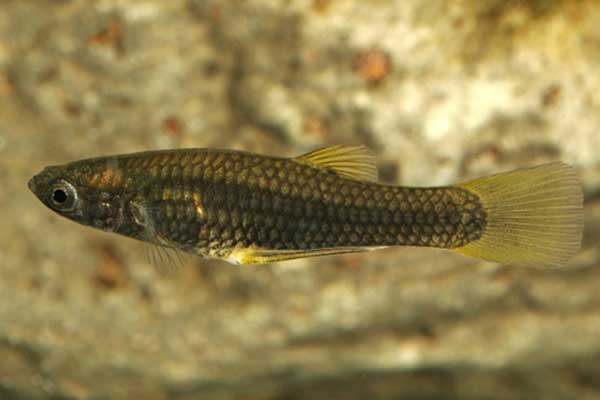 Due to the ongoing on-the-ground conservation efforts of the Arizona Game and Fish Department (AZGFD) and its partners, data shows the endangered Gila topminnow has battled extinction and is prevalent enough to be downlisted to threatened.

In a petition to the U.S. Fish and Wildlife Service (USFWS) in May 2018, the department outlined that Gila topminnow populations can now be found in multiple locations within the species’ range and that recovery benchmarks in USFWS’s 1984 recovery plan have been met. Therefore, the fish should be reclassified from endangered to threatened.

USFWS agreed last month, documenting the petition as “substantiated” in its 90-day finding.

“After decades of dedicated conservation work, more than 70 populations of Gila topminnow have once again been established throughout the species’ natural range,” said Anthony Robinson, AZGFD Gila Basin native fisheries lead. “This project is a testament to the  Arizona Game and Fish Department’s commitment to conserve and protect wildlife, by fighting to bring this fish from the brink of extinction, while meeting criteria laid out by the U.S. Fish and Wildlife Service’s 1984 Recovery Plan.”

The petition is the first of its kind submitted by a state wildlife agency. USFWS since has  initiated a status review and will issue a 12-month finding to address whether reclassifying the Gila topminnow to threatened or even delisting is warranted under the Endangered Species Act.

“While this process is ongoing, the department and its partners will continue their important work to conserve and protect the Gila topminnow,” Robinson said. “We will work to establish more populations and alleviate threats so the species can eventually be recovered to the point it no longer needs protection under the Endangered Species Act.”

The Gila topminnow is a small, short-lived fish with a lifespan of about one year (although females can live for about two years). As its name suggests, topminnows spend the majority of their time near the water’s surface to feed on plankton and small crustaceans and invertebrates, including mosquito larvae.

Historically, topminnow were the most abundant fish species in the Gila River basin from western New Mexico to central and western Arizona. Over time, a combination of habitat loss, degradation and predation by non-native fish species brought the topminnow to the brink of extinction.

It was listed as a federally endangered species in 1967. Since then, AZGFD and its partners have worked to restore topminnow populations with the goal of delisting the fish. For more information on topminnows, visit www.azgfd.gov/wildlife and click on “Nongame & Endangered Wildlife.”