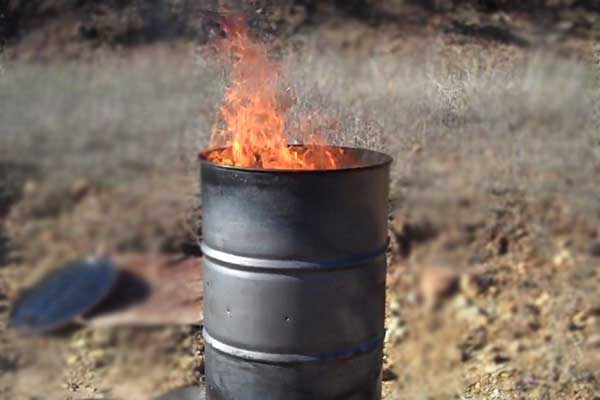 GRAHAM – Just after 3:00 pm on Wednesday, as school was getting out, deputies responded to a report of a yard fire that was reported by a neighbor. Thatcher Fire Department arrived to battle the blaze and Pima police also arrived to assist.

It was reported to deputies, that a 9 year old girl was home alone and her 15 year old sister was supposed to be home soon. The young female stated she didn’t know what happened, that she had gone to lay down inside the home in her bedroom when she smelled smoke. She looked outside, and she saw the yard on fire. It was reported the 9 year old tried to put the fire out using a bucket of water, but it didn’t work. She was scared and went to a neighbor’s home. She told authorities that she had not seen or heard anyone outside the residence when she smelled the smoke.

The older sister arrived at the neighbor’s house as deputies were speaking with the young girl. The older sister informed authorities that her mother, older brother and the two girls lived at the residence. The mother was in Tucson during the incident, but a deputy was able to contact her over the phone to inform her of the situation. The mother stated she has a burn barrel that she had burned a small amount of trash in that morning before leaving town. She reportedly told authorities that she had made sure the fire was out before she left, but said that it could have sparked back up. The young girl reported she was fine and did not need to go to the hospital or need an ambulance. The two girls stayed at the neighbor’s residence.

When authorities checked inside the home, they found living conditions that were questionable. Photos were taken, and the next day a deputy contacted the Department of Child Services Law Enforcement Hotline, and reported the house conditions that were observed. An incident report was taken.

The home did not receive any structural damage from the fire, however, authorities could see where a metal object as well as a dryer that were sitting on the southwest area of the yard appeared burnt. The burn barrel and wooden railroad ties were up against the chain link fence on the west side. It was suspected that the fire started from the burn barrel.  A PVC pipe from a well was found sticking out of the ground near the fence leaking water, possibly damaged from the fire. The fire department was able to get the leak to stop.