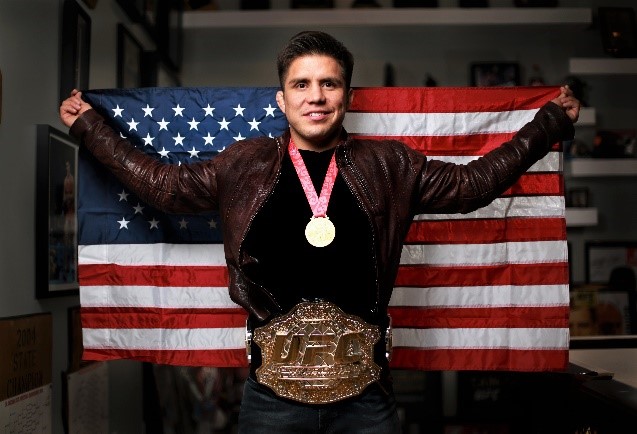 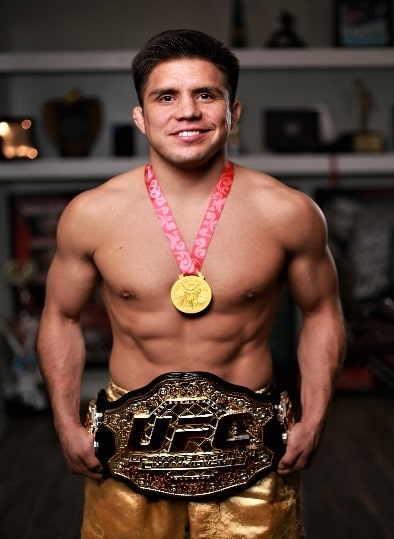 January Cejudo, a Maryvale native must defend his title. Cejudo is defending his title for the first time against the 135-pound Champion T.J. Dillashaw, who is coming down to the 125-pound division for UFC Fight Night 143 on January 19th, at the Barclays Center in Brooklyn, NY.

Cejudo vs Dillashaw will headline the first inaugural ESPN Fight to air exclusively on ESPN and makes ESPN the exclusive home of non-pay-per-view UFC fight cards in the U.S.

Cejudo, who is the current Flyweight Champion of the UFC trains twice a day for five hours, 6 days a week at Fight Ready MMA in Scottsdale. Using a scientific based training approach with Neuro Force One (NF1), Cejudo trains daily in wrestling, boxing, jiu jitsu, and other mixed martial arts and then combines everything together for his daily workout regime.

“I’m confident I can win this fight,” said Cejudo. “I am the underdog for this fight that’s true but my mindset combined with the fact that I’m a two-sport World Champion, Olympic Champion and the current UFC Flyweight Champion gives me a tremendous advantage over Dillashaw.”

The sixth of seven children in his family, Cejudo was raised in humble surroundings by a single mother.  He attended Maryvale High School for this first two years of high school until his junior year when he began training at the U.S. Olympic Training Center in Colorado.  During that time Cejudo attended Coronado High School and added an additional two titles, to make him a four-time state high school champion.  Whil 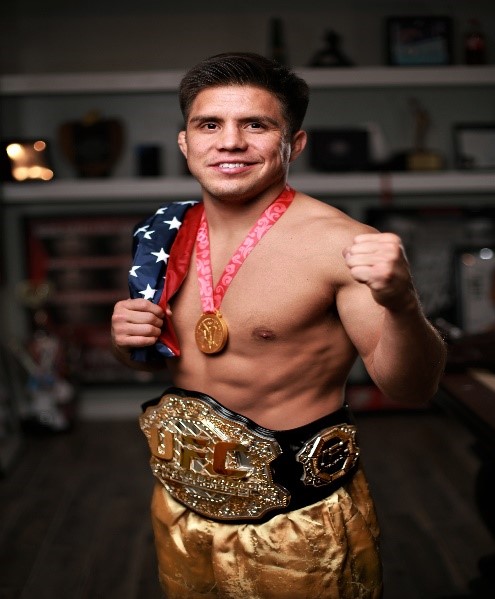 e still in high school Cejudo also won the American Wrestling Federation’s national freestyle tournament at the most elite level.  Following successful performances at the Pan American Games and Pan American Championships, Cejudo won a gold medal at the 2008 Summer Olympics in Beijing. At the time, Cejudo was the youngest American to capture a gold medal in the sport of wrestling and has since being inducted into the National Wrestling Hall of Fame.

In 2014 Cejudo signed with the UFC. Two years after challenging for the Flyweight title, Cejudo faced Demetrious Johnson in a rematch for the UFC Flyweight Championship title and went on to win the back-and-forth fight via split decision becoming the UFC’s second Flyweight champion. The fight also earned him the Fight of the Night award.

As the current Flyweight Champion, Cejudo stands at 5’4 and will cut his weight to 125-pounds for the fight. The Phoenix-raised fighter says he has a message for Dillashaw.

“I want him to know I’m ready. I’m prepared and I can’t wait to see him in the cage on the first ever ESPN Fight Card on Jan. 19th,” said Cejudo.