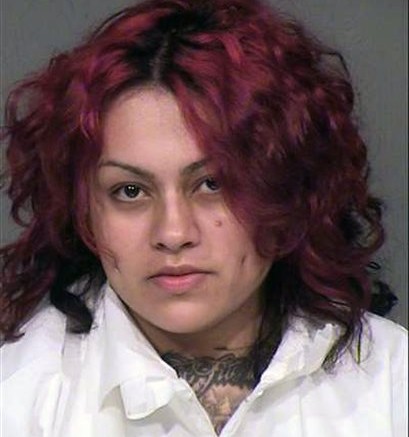 This undated booking photo provided by the Maricopa County Sheriff shows Mireya Alejandra Lopez who was arrested Sunday, Aug. 30, 2015 at a home in Avondale, Ariz. She is accused of drowning her 2-year-old twin sons and attempting to drown a third son. She is jailed on two counts of first-degree murder and one count of attempted murder, with bail set at $2 million. (Maricopa County Sheriff via AP)

PHOENIX (AP) — An Arizona woman told investigators that she drowned her 2-year-old twin sons and tried to kill her 3-year-old stepbrother in the same way because she didn’t want them to live with the difficulties she faces.

Court records released Monday say 22-year-old Mireya Alejandra Lopez told investigators that she takes medication for depression, schizophrenia and psychosis. Still, investigators say it’s unknown whether her mental condition was linked to the deaths or whether the difficulties she cited were psychological issues.

Lopez offered several reasons for the attacks, including that her kids were bullied and that her stepbrother rarely ate and was anti-social. She also said she and her twins weren’t loved, investigators said in court records.

Daniel Marino, who identified himself as the step-grandfather of the twins, briefly spoke with reporters outside of the home, saying the “two little angels did not deserve that at all.”

Lopez is accused of drowning her sons Sunday in a bathtub at her stucco house in suburban Avondale and then wrapping them in a blanket. Police also said she stuck a pen in the neck of one of her sons to ensure that he would die.

The deaths were discovered by Lopez’s mother, who thought the twins were asleep but eventually noticed they weren’t breathing. The grandmother yelled for help and, along with someone else who was at the home, tried unsuccessfully to resuscitate them.

While the lifesaving measures were made, police said the grandmother could hear Lopez in the bathroom, where Lopez was found trying to drown her stepbrother. Lopez’s mother managed to pull the boy to safety. The 3-year-old wasn’t injured.

It’s not yet known whether Lopez has a lawyer.

During a brief court appearance early Monday, Lopez spoke in a quiet voice when asked to provide her name and date of birth. She is scheduled for a court hearing Friday.

Lopez had three children, according to court records.

Police declined to release the names of the three boys involved in Sunday’s attack.