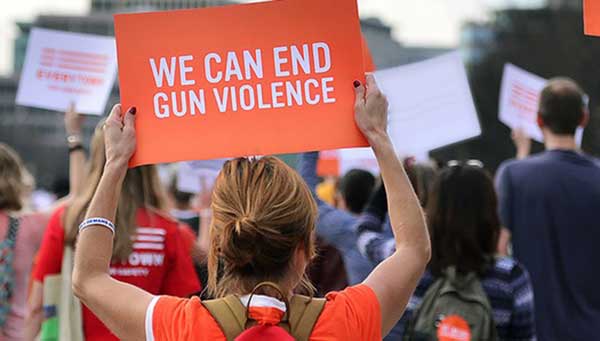 Ariz. – High-school students across Arizona will take part in a nationwide walkout today to protest gun violence in schools.

A number of schools in the Phoenix area are on spring break, so many of those students said they’re planning a day of action in the State Capitol rose garden, starting at 11 a.m.

Jordan Harb, a junior at Mountain View High School, is one of the speakers. He hopes the massacre in Parkland, Fla., will motivate lawmakers to rethink Arizona’s gun laws, which are among the most permissive in the nation.

“In Arizona, you can be someone who shouldn’t have a gun and go buy one on Craigslist, because we don’t have any state permits, state licensing for dealers,” Harb explained. “We don’t have universal background checks. As a 17-year-old, I can go to a gun show and buy an AR-15 and bump stock, even though I’m not legally allowed to.”

The students also are planning a larger “March For Our Lives” event in Phoenix on Sat., March 24.

President Donald Trump has recently backed off on the idea of restricting gun ownership to people over 21, but has expressed support for arming more teachers.

Harb said he is convinced that school districts would be better served spending that money to hire more school counselors, to help spot potential school shooters and prevent future tragedies.

“We need more funding for mental health in our schools – psychologists, counselors – because so many kids are depressed, and that leads to suicide, and them hurting themselves and others with guns,” Harb said. “Because they’re able to get their hands on a gun too easily, that only amplifies their breakdown.”