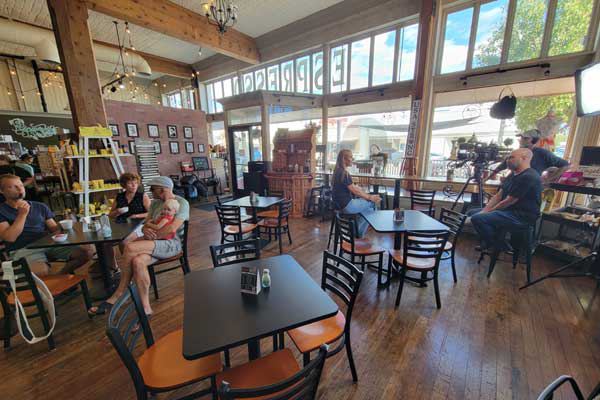 SAFFORD — A Phoenix television show is in the Gila Valley to explore the “hidden gem” that is Safford’s Downtown.

Arizona Highways TV visited Ginaveve’s Marketplace/The Main Street Bean, and Cotton and Copper Lifestyle Co. on Wednesday, interviewing the owners and patrons to find out what makes this area special.

“These hidden gems that pop up,” said cameraman Erin Gramzinski. “It’s such a huge state of Arizona, it’s good to kind of shine a spotlight on some of the areas that are overlooked, and don’t get the attention like some of the more popular areas.”

On Thursday, Gramzinski and field producer Eric Robertucci will focus on Marcia’s Garden, filming the milking of goats and the process of turning that milk into soaps and lotions.