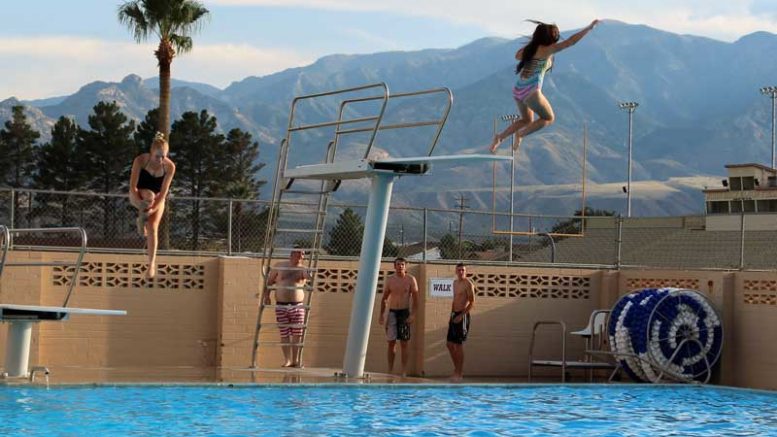 THATCHER — Break out those swimsuits, pool season is officially a go.

After Gov. Doug Ducey announced May 12 that gyms and pools could re-open immediately, locals began the process to get the pools ready for the summer.

The Town of Pima announced Monday and Eastern Arizona College announced Tuesday that both would open their pools June 1.

Pima also announced that swim lessons and advanced swim classes will take place; however, the pool will not field a competitive swim team this year. Registration for lessons will take place at Town Hall May 21 and 28, from 5-7 p.m., and May 22 and 29, from 10 a.m. to 1 p.m.

The Safford Pool was scheduled to open May 22, but Susan Anderson, the city’s planning and community development director, said that opening has been delayed by at least a week.

Anderson said a date for the opening should be announced Thursday; however, one announcement she could make Tuesday was that there will not be a competitive swim team at the pool this year.