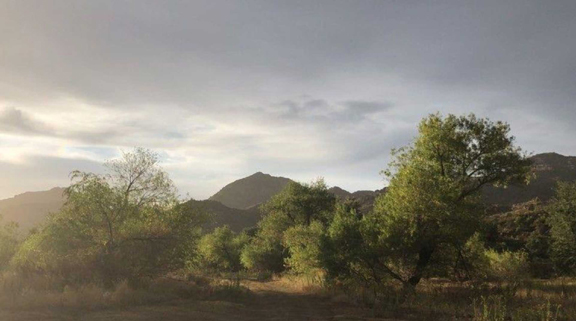 SAN CARLOS — In an effort to stop development of the proposed Resolution Copper mine, Apache Stronghold filed suit against the United States and the Department of the Interior on Tuesday.

The suit was filed in U.S. Federal Court in Phoenix.

“Oak Flat is holy and sacred. Chi’chil Bildagoteel is central to our traditional religion and identity as Apache people,” said former San Carlos Apache tribal chairman and Apache Stronghold leader Dr. Wendsler Nosie Sr. in a prepared statement. “Giving away our sacred land by the U.S. Government for destruction by a foreign mining company destroys our ability to practice our religion. It violates our First Amendment right to the free exercise of our religion protected by the Constitution.”

The suit claims the 2014 land transfer between Rio Tinto and the federal government, giving Rio Tinto the ability to mine Oak Flat and Apache Leap, violates the First and Fifth amendments to the Constitution, by denying tribal members due process, the right to petition and denies religious freedom; and the transfer constitutes a breach of trust with the indigenous people.

The land transfer had wide bi-partisan support in Congress, spearheaded by the late Sen. John McCain, R-Ariz., Rep. Ann Kirkpatrick, D-Ariz., who was serving in Arizona First Congressional District at the time, and Rep. Paul Gosar, R-Ariz. It was introduced as part of a defense bill that was signed by former President Obama.

Prior to the suit, the Forest Service was scheduled to publish the final environmental impact study, which would have made final in 60 days the land transfer.