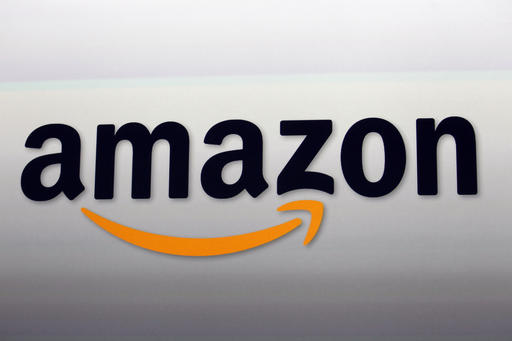 FILE - This Sept. 6, 2012, file photo, shows the Amazon logo in Santa Monica, Calif. Amazon is taking on Netflix and Hulu with a stand-alone video streaming service. Starting the week of April 18, 2016, customers can pay $8.99 a month to watch Amazons Prime video streaming service. Previously, the only way to watch Prime videos was to pay $99 a year for Prime membership, which includes free two-day shipping on items sold by the site. The video-only option wont come with any free shipping perks. (AP Photo/Reed Saxon, File)

New customers can now pay $8.99 a month to watch Amazon’s Prime video streaming service. Previously, the only way to watch Amazon’s videos was to pay $99 a year for Prime membership, which includes free two-day shipping on items sold by the site and other perks.

At $8.99 a month, Amazon’s stand-alone streaming service is $1 less than Netflix’s standard membership and $1 more than Hulu. Netflix said earlier this year that a “substantial number” of its longtime members who paid $7.99 monthly — and have been protected from price hikes — will now pay an additional $2, starting in May.

Amazon’s decision to break off its video streaming service could cause some defections at Netflix, wrote Wedbush analyst Michael Pachter in a note to clients.

Both companies have invested heavily in original and exclusive programing. Netflix has “Orange is the New Black,” ”House of Cards” and a couple of series based on Marvel comic characters. Amazon’s offerings include “Transparent,” ”Mozart in the Jungle” and previously-aired HBO shows. With Hulu, users can watch many current TV episodes a day after they air on a network. Hulu is also growing its exclusive offerings, with “The Mindy Project” and “Difficult People.”

Netflix declined to comment Monday. Representatives for Amazon and Hulu did not immediately respond to a request for comment.

Besides its stand-alone video service, Amazon is also offering a new pay-as-you-go option for its full Prime membership that costs $10.99 a month and comes with free-two day shipping, streaming and other perks. Amazon said users who opt to pay $10.99 monthly, instead of the $99 annual fee, can cancel at any time.