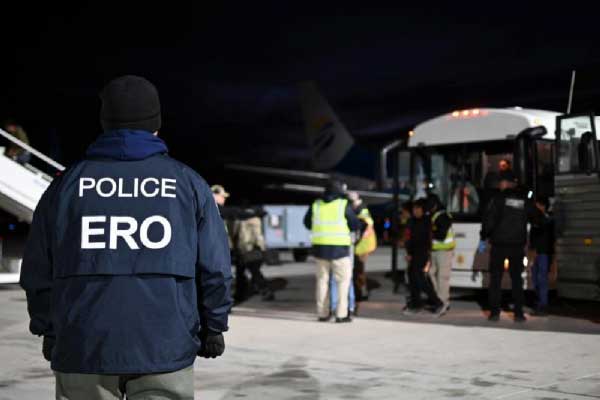 TUCSON, Ariz. — The number of illegal aliens returned deep into the interior of Mexico under the Interior Repatriation Initiative (IRI) has surpassed 1,000 Mexicans, U.S. Customs and Border Protection announced today. The IRI is a joint agreement between the governments of the United States and Mexico to ensure that those repatriated to Mexico are returned closer to their homes in a safe and expeditious manner.

“This is yet another successful Trump Administration initiative that demonstrates our urgency to apprehend and quickly remove those who illegally cross our border,” said CBP Acting Commissioner Mark Morgan. “By returning these individuals into the interior of Mexico, they will be much less likely to attempt a dangerous and potentially deadly journey north.”

Friday’s flight carried 106 Mexican nationals to Guadalajara from Tucson. The Government of Mexico will provide additional transportation to the cities of origin.

ICE will continue operating these flights as needed. This framework will reduce recidivism and border violence by returning Mexican nationals closer to their cities of origin.

ICE works closely with CBP to ensure the safe and timely removal of individuals who have unlawfully crossed the southern border.

Headquartered in Mesa, Arizona, ICE Air Operations has supported Enforcement and Removal Operations field offices nationwide by providing air transportation and removal coordination services since 2006. Staffed by ERO officers, these air charters enable the agency to repatriate large groups of deportees in an efficient, expeditious and humane manner with assistance and coordination from CBP.