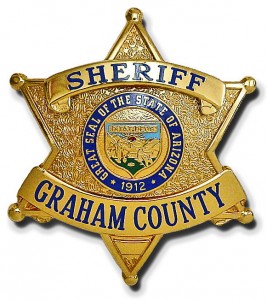 SAFFORD — What caused a two-seat experimental aircraft to crash into the hillside near Safford Airport, killing the pilot, has not yet been determined.

Graham County Sheriff’s Office was called out to the scene Tuesday, June 9. With help from the air, deputies and Lifeline Ambulane were able to determine an accessible path to the crash site. Later joined by Graham County Search and Rescue, and Safford Fire Department, the pilot’s body was extricated from the wreckage and transported to Pima County for autopsy.

The pilot was identified as Delos “Dee” Echlin, 79, of Tucson. Echlin was described as “an experienced pilot” who, when younger, flew for the Navy. His family told investigators he routinely flew from Tucson to Safford for the day.

Echlin was the only occupant in the aircraft.

The wreckage was transported Wednesday, June 10, to Phoenix for examination by the National Transportation Safety Board and Federal Aviation Administration.

Investigation into the incident is ongoing.