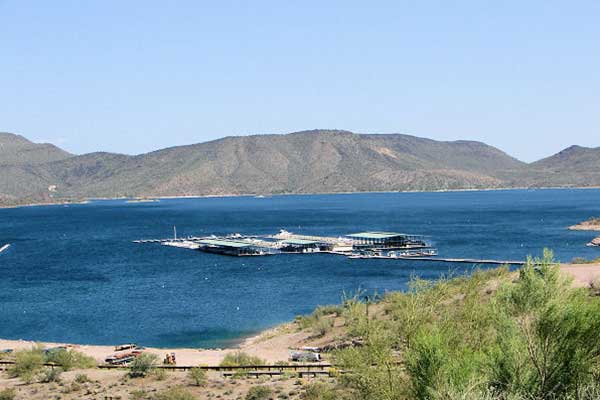 Drone operators asked to avoid flying near all nests

PHOENIX — It has been a successful bald eagle breeding season on Lake Pleasant.

Bald eagle nestlings are flying and about ready to head north for the summer and the Maricopa County Parks and Recreation Department lifted its boating closure on the Agua Fria river into the lake today (Friday, June 15).

The seasonal closure to vehicle, watercraft and foot traffic was enacted Dec. 15 on the Lower Agua Fria arm that empties into Lake Pleasant. Each year the area is closed to public to protect breeding bald eagle pairs until their young are old enough to take their first flight, or fledge.

“Arizona Game and Fish Department’s raptor program has been successful in continuing to grow bald eagle populations through the ongoing cooperation of our outdoor recreationists,” said Kenneth Jacobson, AZGFD Bald Eagle Management Program manager. “Bald eagles can be incredibly sensitive during the breeding season and even a few minutes of disturbance can lead to a nest failure. We thank our residents and visitors for respecting the closure and nesting sites, which helped to make it another successful breeding season.”

While most bald eagle nestlings have fledged from the nest, many other species have not and drone operators are still encouraged to avoid flying near occupied bird nests.

Recently, a peregrine falcon nest watcher reported to AZGFD that a pair of falcons became upset as a drone approached their nest. One of the birds felt so threatened that it attacked the aircraft, sending it crashing to the ground.

“While thankfully no one was hurt in this incident, it could have very well caused a potential nest failure,” Jacobson said. “Our main duty is to conserve and protect Arizona’s wildlife, but we can only do that with the public’s support and respect for wildlife. This will ensure these magnificent animals – and your drone – will live to fly another day.”