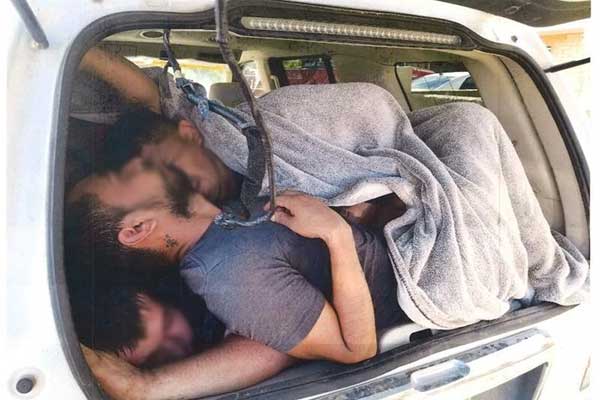 TUCSON, Ariz. – U.S. Border Patrol agents performed immigration related stops on the occupants of two vehicles near Douglas, AZ leading to the arrest of 34 illegal aliens, the seizure of one vehicle and the recovery of an additional vehicle that was reported stolen.

Tuesday evening, agents patrolling near Douglas performed a traffic stop on a Toyota Tundra that appeared to have a fraudulent license plate and was reported stolen.  All 18 occupants in the vehicle, including the driver were Mexican Nationals illegally present in the United States

The stolen Tundra and the driver were turned over to the Cochise County Sheriff’s Department.  The remainder of the illegal aliens either face immigration violations or will be expelled to Mexico via Title 42 authority. The second vehicle was also seized.