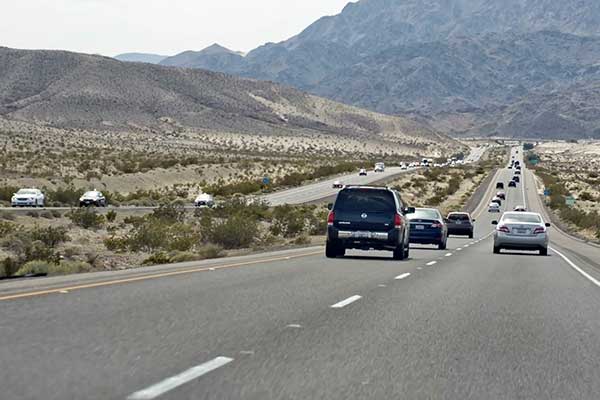 Drivers should plan ahead, be prepared for more traffic, possible storms

Drivers should be prepared for heavier traffic, possible monsoon storms and unscheduled incidents along state highways over Labor Day weekend (Sept. 3-6), especially during peak travel times on Friday and Monday, according to the Arizona Department of Transportation.

To help promote improved travel conditions, ADOT and its contractors will not schedule any closures for construction or maintenance along Phoenix-area freeways and other state highways over the extended holiday weekend. No closures are scheduled from Friday afternoon through late Monday night, Sept. 6.

ADOT encourages drivers to allow extra time and be prepared for unscheduled highway closures due to crashes, disabled vehicles or other incidents such as wildfires or storm damage.

Drivers should prepare ahead of time for possible stormy weather conditions and pay attention when behind the wheel. Do not drive into flooded washes or other low-lying roadways with standing water. Debris on roadways is possible during and after storms, especially in areas where wildfires have occurred.

Motorists also should pack extra drinking water and other supplies in case of an unscheduled closure. ADOT’s holiday weekend safety recommendations include:

Ten people were killed in a total of 10 fatal crashes along highways and local roads over the Labor Day weekend in Arizona last year. That number was down slightly from 12 deaths in 2019. Drivers should focus on safety when behind the wheel. Buckle up, obey speed limits and avoid distractions. Don’t text while driving.

Real-time highway conditions are available on ADOT’s Arizona Traveler Information site at az511.gov or by calling 511. ADOT also provides updates on highway conditions via its Twitter feed, @ArizonaDOT. When a freeway closure or other major traffic event occurs, the free ADOTAlerts.com app will send critical information directly to app users in affected areas and, where possible, in advance of alternate routes.